Jeremy Williams: A Lesson in Faith, Love and Courage 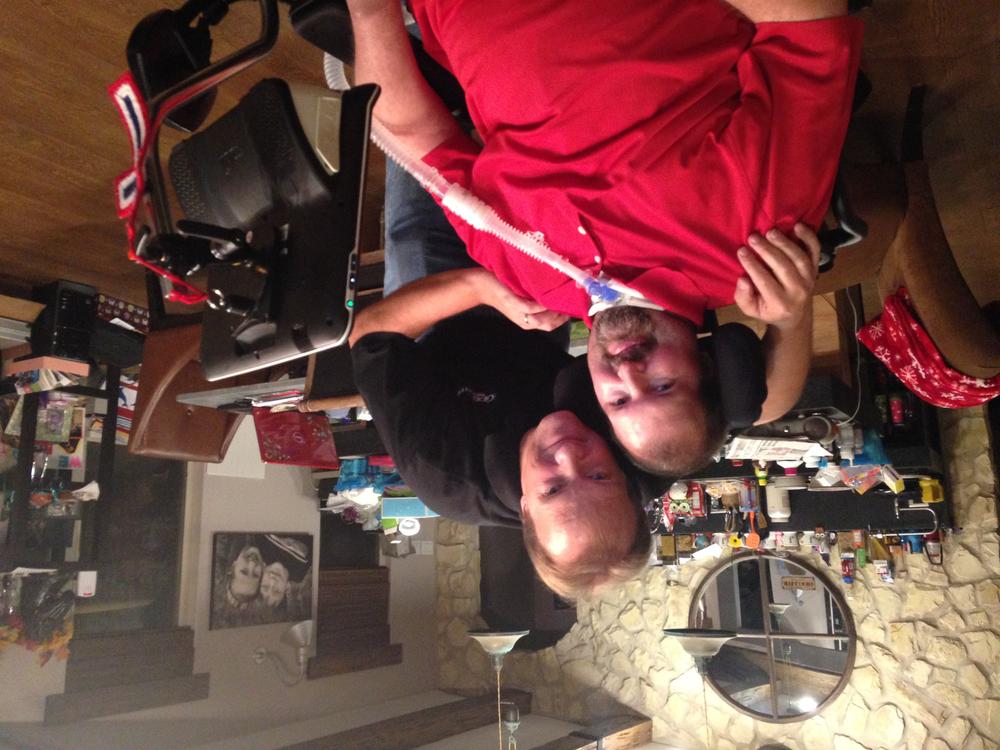 Jon Nelson with Jeremy Williams at his home in Hamilton, Ga in 2014

I don’t think I’m talking out-of-school here, but my wife and I love the Williams family very much...

Covering Greenville High over a decade ago gave those of us at GPB Sports the chance to tell an important story from the beginning about being faced with a terrible diagnosis and where we go from here.

Lisa Weiss was there during an episode of “Prep Sports+”

Jeremy and his wife, Jennifer, are the true personification of love as a couple. You look at the photos of them over the years, joined with their daughter, Josie, and son, Jacob... “Jake The Snake” as I call him... and you see a progression. You see growth of love, firmness of faith, and the notion that you’re a vessel for a larger message about perseverance in the face of problems many of us would shake in fear, run away from, or cower in a corner.

This family has never done that with every battle they have faced and has been a guide for us all.

Jeremy was diagnosed with ALS in 2009 and coached Greenville High to an undefeated regular season that year. He was named National Coach of the Year and would coach through the 2010 season before retiring and living in his house in Harris County. He would continue to deliver his messages electronically and drew the eyes and ears of a lot of us. His faith was always on display and would educate us all as to his own path- and His path- for the Williamses.

Over time, we were reminded of the cruel nature of Lou Gehrig’s Disease, as Jeremy’s way to communicate would change to eye contact with a touch screen. But he could still crack a joke, appreciate a good story, and belly laugh like the best of us. The sentences would take longer to construct, but their meaning was always as impactful as the spoken word.

But, as we all know, the disease would eventually win out. And, sadly, it did over the weekend. Jeremy was in hospice care at home and died Sunday after this long battle with this awful foe.

The Williams household, across the board, has never asked “Why me...?” Never have... and they have been with us and will continue to be with us to educate, counsel, and steer our thoughts toward being better examples of human beings - a lesson we should never lose.

We will always have the books, television segments, and documentaries that will help us freeze time where a true gentleman is concerned. But, there is no doubt, that there will be a void that will be difficult to replace. My one hope for all of us is that when we have a question and look north for an answer in the future, we will hear Jeremy’s voice and feel his hand on our shoulder to proceed as we should.

I will remember him as my friend and I will not forget my friend...