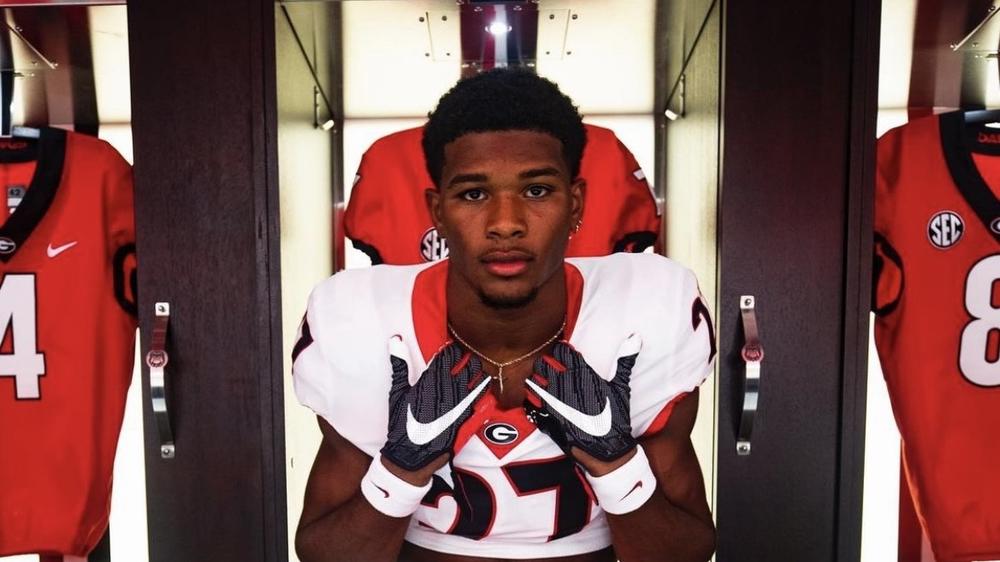 Cedartown's C.J. Washington is one of the strongest players in UGA's signing class.

The University of Georgia is getting a very strong prospect in Cedartown linebacker C.J. Washington. Literally, he’s extremely strong. The 6-foot-1, 230-pound senior was recorded power cleaning 355 pounds over the summer with help from former UGA all-America and current Cleveland Browns running back Nick Chubb. Chubb is notorious for being a beast in the weight room and Washington was able to get a front row seat.

Washington is the No. 12 overall linebacker in the nation and No. 14 overall player in the state, according to the 247Sports Composite. He was the second prospect to commit to the Dawgs in the 2022 recruiting class and he’s never wavered on his decision.

Despite playing outside linebacker during his high school football career, there’s a chance we could see him following in Chubb’s footsteps on offense as well. Find out more about his conversations with head coach Kirby Smart in an interview with GPB’s Hannah Goodin: