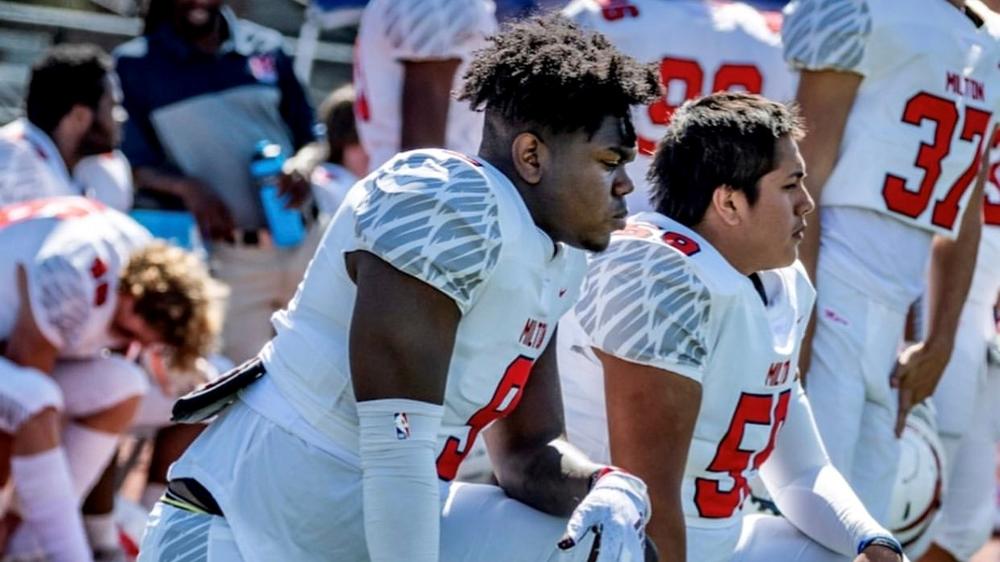 Milton's LT Overton is one of the top junior prospects in the country.

The No. 1 junior recruit in Georgia, Lebbeus “LT” Overton, has narrowed down his college options to 12. Among those are seven SEC schools: Alabama, Florida, Georgia, Kentucky, LSU, Tennessee and Texas A&M. He’s also seriously considering Oklahoma.

The 5-star prospect has visited Norman twice over the past year and has a great relationship with head coach Lincoln Riley and defensive line coach Calvin Thibodeaux. He likes that Riley is a young coach and credits the Sooners staff for the team’s success this season.

Overton is 6-foot-4, 260-pounds, and is also the nation’s top defensive lineman in his class, according to the 247Sports Composite. He plays for Milton High School and is trying to lead his team to another state title this year.

Find out where else Overton has been taking visits and when he plans to commit in an interview with GPB’s Hannah Goodin:

Don’t miss more interviews just like this on Recruiting 2021! The show airs every Friday night at 7 p.m. on GPB. The Football Fridays in Georgia Game of the Week will air immediately following at 7:30 p.m. If you missed the broadcast, visit us gpb.org/sports for full episodes.