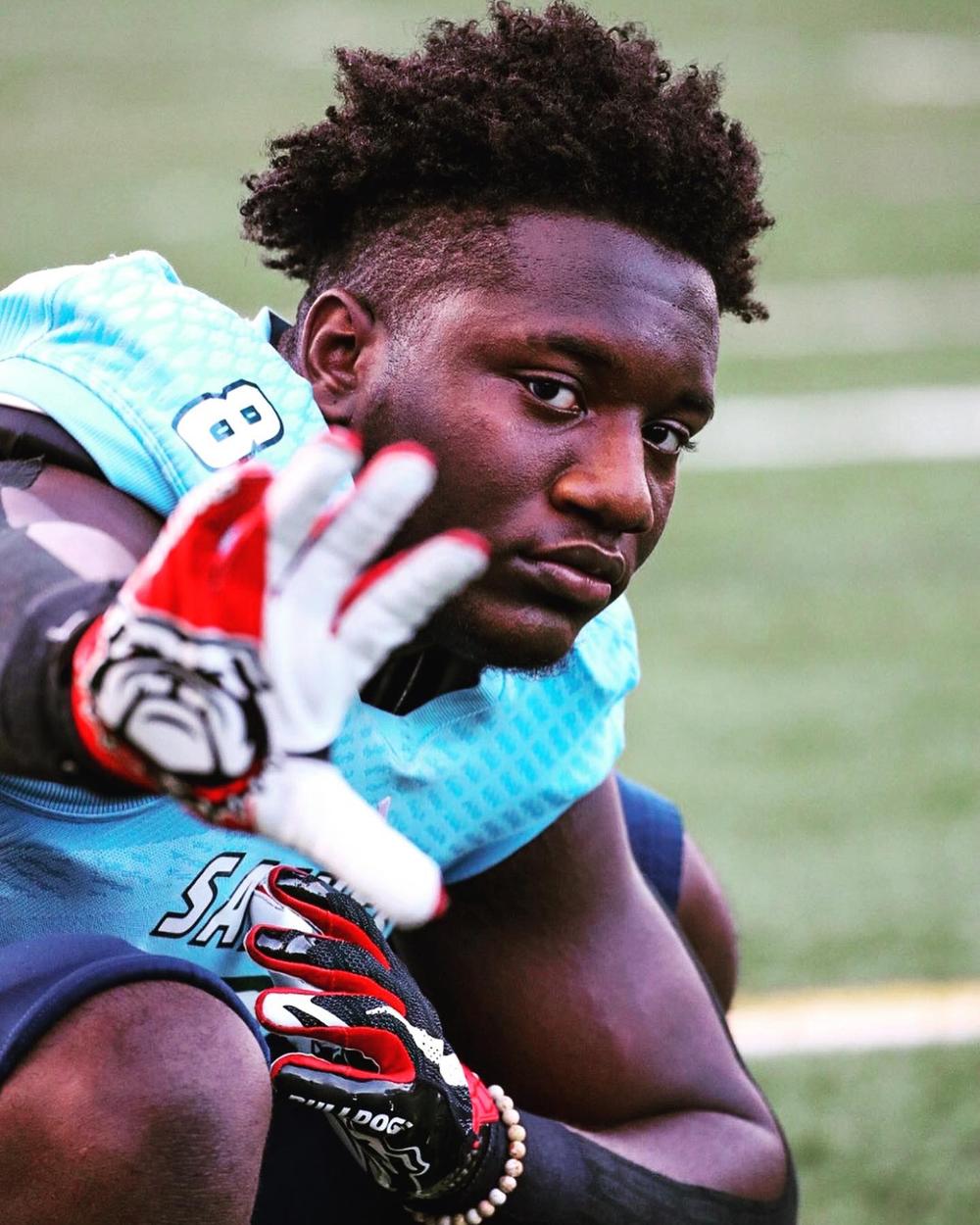 The University of Georgia landed another top commitment in Cedar Grove High School linebacker Carlton Madden. The 6-foot-4, 240-pound senior is the No. 21 outside linebacker in the nation and No. 36 overall prospect in the state, according to the 247Sports Composite.

Georgia offered Madden after several successful visits to Athens this year, where he impressed defensive coordinator and outside linebackers coach Dan Lanning with his workouts and measurables.

The Dawgs weren’t Madden’s first choice though, he was originally committed to Colorado in the spring. Things began to change for him after he participated in several summer camps that helped skyrocket his stock.

Find out why Madden chose to play for the Dawgs, which teammate he’s trying to bring with him and more about his recruiting process in an interview with GPB’s Hannah Goodin:

Don’t miss more interviews just like this on Recruiting 2021! The show airs every Friday night at 7 p.m. on GPB. The Football Fridays in Georgia Game of the Week will air immediately following at 7:30 p.m. If you missed the broadcast, visit us gpb.org/sports for full episodes.