The University of Georgia lands another 5-star commit in junior athlete Deyon “Smoke” Bouie. He told the world he was committing to the Dawgs via social media on Nov. 1, which was also his mother’s birthday.

Bouie is a starting wide receiver and defensive back for Bainbridge High School. The 6-foot-1½, 183-pound prospect is the No. 2 athlete in the country and No. 2 player in the state in the 2022 class, according to the 247Sports Composite.

UGA was Bouie’s first offer after he had an incredible freshman campaign, including scoring a pick-six in the Bearcats’ state championship victory in 2018. Since then, the offers have been rolling in from top programs like LSU, Auburn, Alabama, Florida, FSU and Oregon.

There were some major factors in the end that swayed Bouie to Georgia. Find out why he wanted to play for head coach Kirby Smart and more about his recruiting process in an interview with GPB’s Hannah Goodin:

Don’t miss more interviews just like this on the brand-new Recruiting 2020 television show that airs every Friday night at 7 p.m. on GPB! The Football Fridays in Georgia Game of the Week will air immediately following at 7:30 p.m. If you missed the show, you can watch it OnDemand at gpb.org/sports. 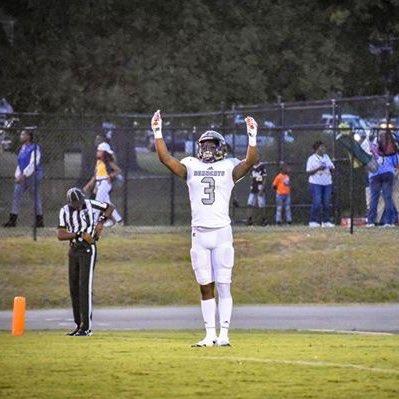