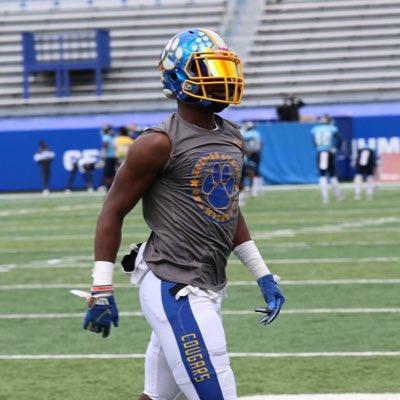 Sirad Bryant is a starting safety and wide receiver for Crisp County High School in Cordele, GA. The 6-foot-1, 184-pound senior is the No. 42 safety in the nation and No. 47 overall player in the state, according to the 247Sports composite.

Bryant boasts All-Region and All-State nominations as well as 20-plus college scholarship offers, three of which were from SEC schools. In August 2020, the 3-star recruit finally committed to Georgia Tech and looks forward to playing for head coach Geoff Collins next season.

Find out why Bryant chose to play for the Yellow Jackets and more about his recruiting process in an interview with GPB’s Hannah Goodin.:

Crisp County's Sirad Bryant talks with GPB's Hannah Goodin about recruiting and why he ended up at Georgia Tech.

Bryant said it already feels like a college town playing for Crisp County every Friday night because he feels so supported by the fans, community and coaching staff.

Coach Brad Harber is like family to Bryant, and he credits him for teaching responsibility and leadership skills on and off the field.

In an inside joke, Harber taught Bryant how to smile with all of his teeth during a University of Georgia football game. Sirad’s smile is now blinding and so is his future.