Ni’tavion Burrus is the starting quarterback for Brooks County High School in Quitman. The 5-foot-9, 180-pound junior has helped lead the Trojans to their first championship appearance since 1994, after beating Callaway 39-35 in the semifinals on Friday. The Trojans started the season 1-3 but have since won nine of ten games. Burrus describes this year as a journey, with many ups and downs, but overall a great experience.

Burrus has passed for 1,952 yards and 21 touchdowns, just 48 yards shy of his season goal of 2,000 yards. He credits his offensive line for his success and said that without them he and the running backs couldn’t have done it. Burrus also acknowledged running back Omari Arnold and wide receiver Willie Brown for stepping up big in the postseason. They combined for 268 yards and two touchdowns in Friday’s win against the Cavaliers. 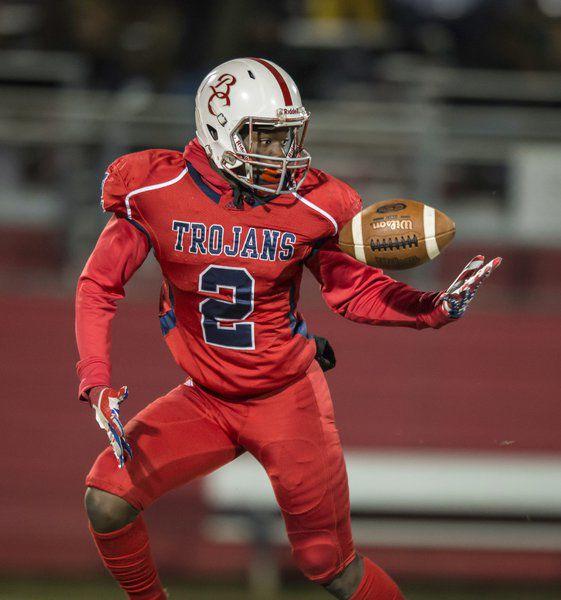 We caught up with the offensive standout to ask him a few questions.

What kind of team leader are you? “I’m a very happy person, and I always keep a smile on my face. I like to see other people happy too and I’m a fun person. When my teammates see me serious, though, they know it’s go time.”

What does football mean to Brooks County? “It means a lot to the community and to the fans. It also means everything to the players and coaches because it’s all we know down here in Quitman. It’s what we do.”