First Half Of Season Filled With Surprise Moments

Here we are at midseason. I know that sounds strange, but it’s a fact. As of this past Friday, the season reached its sixth week and there are only six more weeks of the 2019 regular season. There have been a few shocks and several surprises here at the midpoint; the season has given us some exciting moments thus far.

The old guard, those teams whose names generally appear in the various Top Ten polls each week have been as evident as usual. However, there are some new names rising to the occasion and are aiming for playoff berths.

There have been some outstanding games in the first half of the season; memorable games that fans will be talking about for years. The Valdosta-Colquitt County game will be one of those long-remembered games that ended with a final score of 50-49 in favor of the Wildcats.

Another South Georgia Winnersville Classic is in the books, and Lowndes came away a winner over Valdosta, 24-0. That final score was shocking to many fans for they all expected another one of those high-scoring games, but in this one, the defenses of both squads were equal to the task.

The Lowndes defense is earning a lot of respect from Region 1-7A foes, and it will be a fight to the finish between Tift County, Camden County, Colquitt County and Lowndes when region play begins later this season.

The Packers of Colquitt County sent some shock waves through the state with a 31-7 win over the former Class 7A No. 1 team, the Grayson Rams, this past Friday night in Moultrie.  A stellar defense and a high-powered offense lead the Packers to victory.

In Class 3A, one of the surprise teams has to be the Brantley County Blue Herons, who are 3-1 after a 2-8 finish in 2018. The only loss on the ledger for Brantley County was a 7-0 loss to the unbeaten Jeff Davis Yellow Jackets, who are 5-0.

Coach Geoff Cannon in reply to a question, are you surprised at your 3-1 record at this point in the season? “Me, the coaching staff and the kids are the only ones that are not surprised at how well we’ve done so far,” said Cannon. “We had two goals for this 2019 season: win more games than we did a year ago and make the state playoffs. We’ve reached one of those goals since we picked up our third win of the season this past Friday night over Berrien 31-24.”

Cannon likes his team’s chances at a playoff berth. “We’ve got 22 seniors on this 58-man squad,” said Cannon. “They have all bought into what we ask them to do. They work hard in the weight room and on the practice field too.”

The Herons play their home games at the uniquely named “Caney Bay Stadium.” Cannon says the support from the city of Nahunta and Brantley County has been unbelievable. “This past Friday night, the crowd was so loud we had communication problems for the first time ever here at Caney Bay.”

One of the top players that anchors the offense and defense for the Herons is tight end and defensive end, Anthonie Lattany a 6-foot-4, 270-pound senior, who is headed for the Air Force Academy.

The Blue Herons travel to meet McIntosh County Academy in Darien this week in search of their fourth win of the season. They open their Region 2-3A season on Oct. 11 at No. 4-ranked Pierce County, and then meet Tattnall County at home on the Oct. 18.

END_OF_DOCUMENT_TOKEN_TO_BE_REPLACED 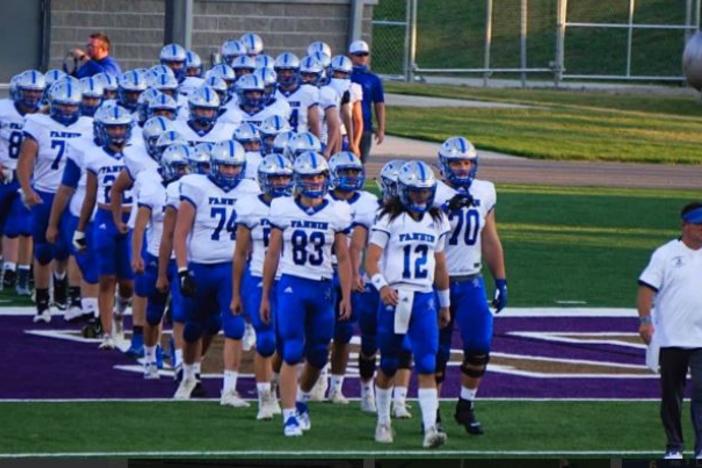 Fannin County has football fever. The Rebels are 5-0, the first time that's happened in 25 years.