Dublin Among Early Favorites in Class 2A

Roger Holmes is entering his 18th year as the head football coach at Dublin High School. If there is one thing he likes about his Irish football team, it’s consistency.

“We’ll run the wing-T on offense and play a four-man front on defense,” Holmes said. “I’ve been doing it this way for 26 years … there’s no need to change now.”

With 19 seniors on this year’s squad, Dublin is one of several teams in Class AA to be considered early favorites to battle for the title in December in Atlanta.

“We have good size up front on both sides of the ball and even though we are not experienced at the skill positions, we have speed there,” said Holmes.

The Irish lost five offensive and five defensive players from last year’s playoff team and there are 22 lettermen returning to this year’s squad. 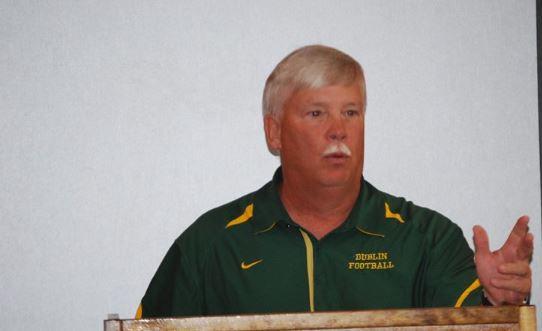 “Our front 7 on defense is really good,” Holmes said. “We have to rebuild our secondary, but I like what I’ve seen in practice so far.”

Holmes can line up two of the top-ranked players in the state on the defensive side of the ball -- Romello Height and Jaques Evans. Height is a 6-foot-2, 225-pound defensive end who has more than 30 scholarship offers heading into the season. Evans is a 6-foot-2, 230-pound linebacker who is considered by Holmes as “one of the top four players I’ve coached in my 30-year coaching career.”

Evans is talented and versatile. In addition to his linebacker position, he plays fullback on offense and handles the placekicking and punting duties.

According to Holmes this could be a special year if his team stays healthy.

“We’ve got size and speed this year and we have experience too,” he said. “Our schedule is not an easy one. We’re in there with Dodge County, Washington County, Bleckley County and several more really good teams in our region and our first three games of the year are as tough as they come.” 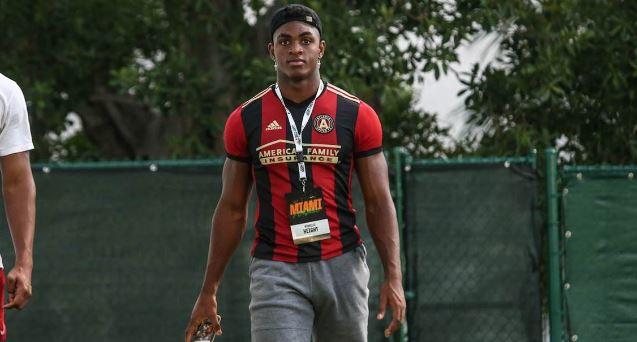 In addition to the ECI-Dublin game on Friday night there are several great matchups in every corner of the state as the 2019 prep football season gets underway.

In some highly anticipated matchups this Friday night, it’s Warner Robins at Tift County, and Coffee at Brunswick in their annual opener. Thomas County Central travels to Blakely to meet Early County, Elbert County is at Hart County, Brooks County takes on Class A power Mitchell County and in a classic southwest Georgia matchup it’s Cairo at Thomasville.

On Saturday at Paulson Stadium on the campus of Georgia Southern University in Statesboro, GISA members Pinewood Christian Academy and Bulloch Academy meet at 10 a.m. and Rabun County and Bremen play at 6 p.m. The nightcap of the Erk Russell Classic triple-header features Class 4A power Burke County and 3A contender Benedictine Military at 9 p.m.