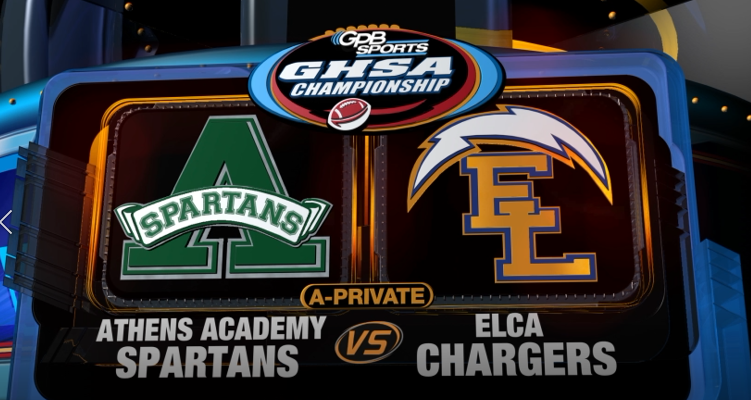 Eagle's Landing Christian used a big second half to beat Athens Academy 44-17 in the Class A Private final and win its fourth straight state championship.

But ELCA scored 20 straight points on touchdown passes from Brayden Rush to open the second half to take control. Rush threw a 12-yarder to Justin Menard, a 14-yarder to Justin Robinson and a 50-yarder to Menard.

Athens Academy briefly stopped the momentum when Len Whitehead scored on a 7-yard run, but ELCA poured it on with four touchdowns in the fourth quarter -- runs of 24 and 58 yards from Keaton Mitchell, a 35-yard run from Josh Rogers and a 25-yard field goal from Austin Reed.

Rush completed 11 of 22 passes for 212 yards and three touchdowns. Mitchell rushed 17 times for 173 yards and two touchdowns and Rogers gained 77 yards and scored once. Robinson had five receptions for 90 yards and one TD.

Athens Academy got 104 yards rushing and two touchdowns from Whitehead.