I caught up with Lincoln County assistant coach Todd Ware on the school bus.

As a part of his duties back home in Lincolnton, he’s a bus driver, bus monitor, a football coach and a substitute teacher. He’s from there and, while his career has taken him over the river to South Carolina for the most part, his dad played and learned under legendary Lincoln County coach Carroll “Buddy” Bufford. Bufford was only head coach for, then, Lincolnton High from 1957-1960. But everyone remembers the undefeated 1960 season that gave the county its first title. Norris Ware played in three more title games and won two of them under head coach Tom Bunch. In that four year run, the team went 46-2 from 1960-1963.

There’s a photo up on Coach Ware’s Facebook page that, at first glance, is like every other coach and family photo that appears in programs and websites all across the country this time of year. Todd is wearing his Lincoln County golf shirt and gray slacks, while his daughter, Samantha, sits to his left in a black dress and son, Braxton, is off his sister’s left shoulder standing in a golf shirt and shorts.

In February, Samantha was driving back to her home in Greenwood, South Carolina after dark. She swerved in the road to avoid hitting a deer and her car ended up barrel-rolling and landing upside-down in a ditch. When the car stopped and landed on its roof, that impact broke Samantha’s neck. 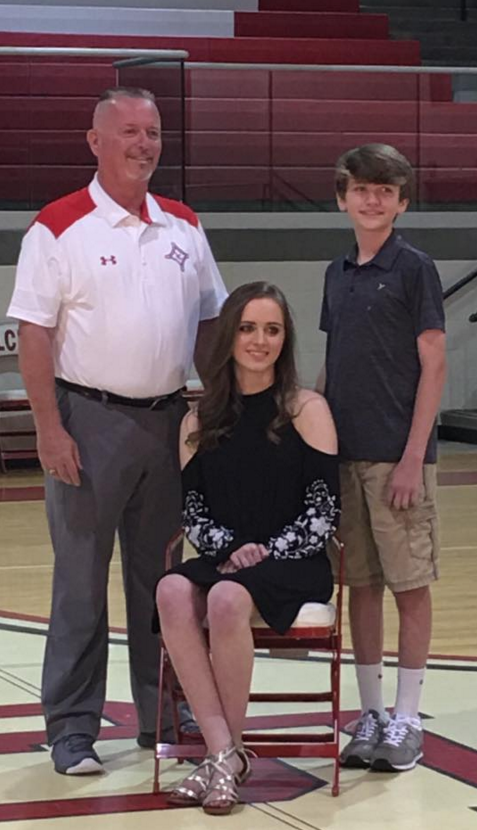 Todd Ware with his daughter, Samantha, and son, Braxton

“A truck driver had just pulled out of a chicken house onto that road. He was right there at the stop sign where it happened,” Ware tells me. “The dust hadn’t even settled after the car finished rolling and he stayed there until the ambulance and the EMT’s came.”

Samantha’s C5 was broken in half and her spine was bruised.

“To see her fight has made me really proud of her,” he admits.

You can feel the smile through the phone. Trust me on that one.

“Knowing how tough it is, what’s she’s going through…? It makes everything I’m going through seem minimal. She’s my hero…”

She can walk on her own after the last few months of work she’s put in, but does have a wheelchair if she gets tired. She gets tired easily, and the spinal bruise is still keeping her from recovering fully. But Samantha made a point to walk into the school for the photo you see above. She had to be held steady, though, because balance is an issue for her sometimes still.

Todd’s twin sisters, Kayce and Katie, have been a godsend and they’re taking Samantha back and forth to her rehab appointments. They’re teachers, too, so they understand on more than one level.

The football community has reached out.

Georgia Tech’s football team got word and, before spring practice, coach Paul Johnson addressed the team about Samantha. They all signed a flag and sent it to the family as a show of support.

“It’s humbling,” Ware admits. “There are times that you feel you just don’t want any help. But the school let me spend my first two weeks on staff with Samantha in the waiting room at the hospital.”

And Lincolnton has reached out to the Wares as well. The first thoughts of everyone Todd meets always seem to start with: “How’s Samantha? How’s our girl doing?” When you have a sister who teaches at the middle school, word gets out quickly, and the community has even pitched in helping with expenses. Legendary head coach Larry Campbell went straight to Todd’s sister, Christie, and asked what he could do. His first thoughts are of Samantha when they see each other. Not about football. 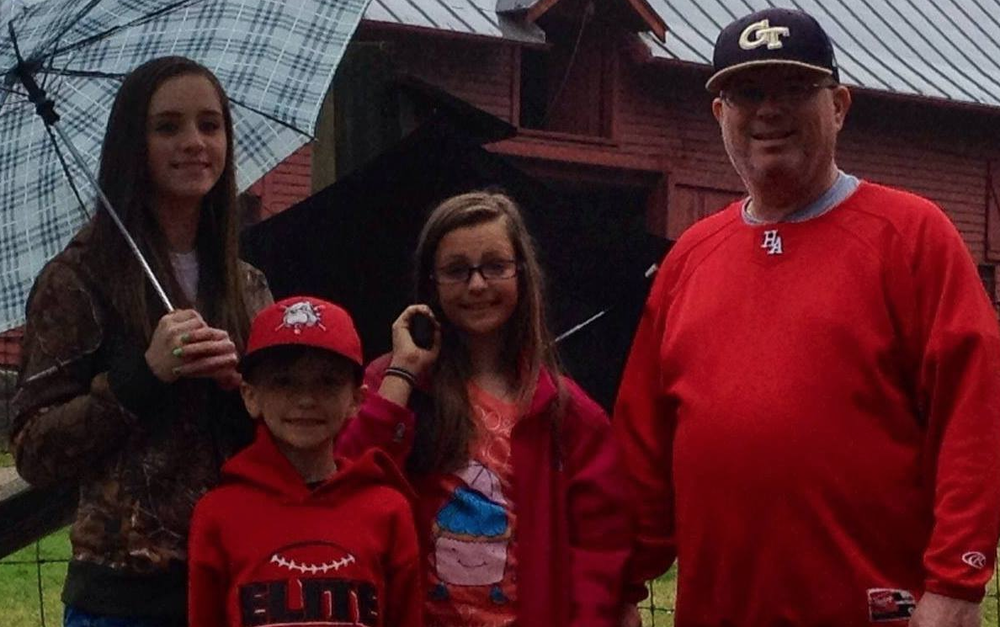 Coach Ware’s dad passed away in 2006 from bone cancer. But Todd has the lessons of Coach Bufford and Norris Ware to carry him as a part of Michael Pollock’s staff now. There’s “old school coaching” and “new school coaching,” and then there’s what Todd has kept with him all this time about how you treat others and how they treat you in return.

Samantha still has rehab to go to as her hands are still getting back to 100-percent use. And she has found out about this new exercise called “planking.”

“She came out the other day and said that she could do it for a full two minutes,” Ware says. “I laughed and told her ‘That’s good, because I have some players that can’t even do it for a minute-and-a-half or a minute.’”

Her employer has already told her that a job is waiting for her when she’s ready and she’s looking to go back to school -- another goal -- as she’s chasing a degree in business. Coach Ware’s advice in all of this is simple: Keep your head down. Keep praying and things will happen.

They believe that. And it’s happened that way for them as a family.

It means a lot to more people than you know, Coach, I’m fairly sure of that.

And if you’re ever in Lincolnton, extend a hand to Coach Ware while you’re there.