It's here! After weeks and months of preparation, high school football teams across the state of Georgia are taking to the field for their first official practices of 2018.  I say official, because the work has been going since shortly after the last season ended. The start of the new calendar year brings conditioning. There is running and lifting and more running, and this all happens before the sun comes up or the first bell rings.

Spring football is a short window of time to get the teams on the field for a handful of workouts before a scrimmage. To me it is the start of the preseason, because from there it's a daily lineup of drills, 7-on-7 tournaments, camps and combines that run right up through the end of July.

That brings us up to now, when practically every coach looks to do or say that one thing that will be remembered or echoed throughout the season. Some will quote great coaches past and present, or presidents, or great military leaders. Some will opt for a movie that conveys a message. "Remember The Titans" is bound to find its way into a locker room or two, along with "Friday Night Lights." 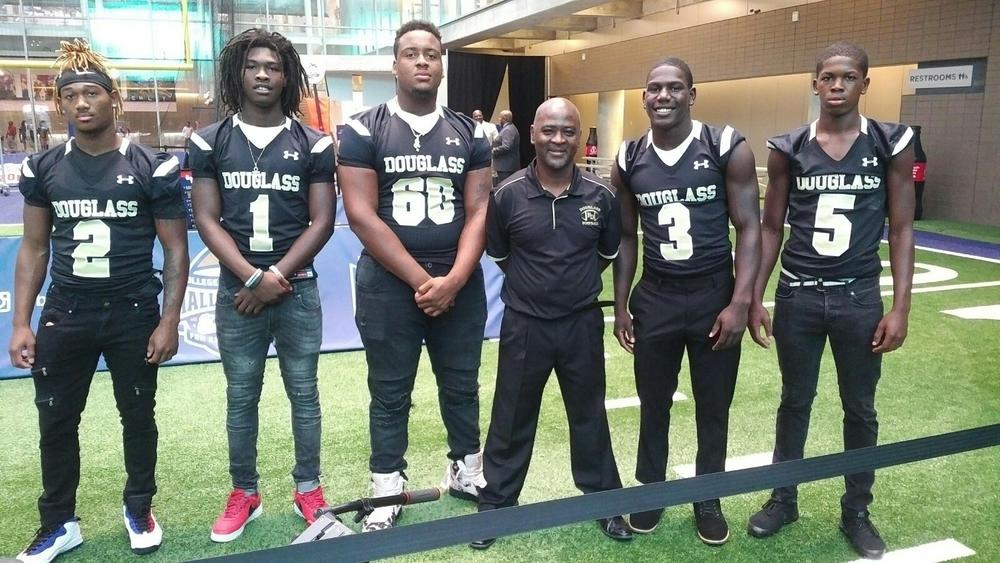 Maybe a guest speaker will do the trick. If you don't have the budget to fly in Ray Lewis, maybe a retired NFL player who lives in the community will do .

The Athletics Department of the Atlanta Public School District didn't have to look very hard or far to find a place that would inspire and challenge their teams, as they held their annual Media Day at the College Football Hall of Fame in downtown Atlanta. Each coach brought several players to the event and APS Athletics Director Jasper Jewell beamed with pride as they filed into the Hall Of Fame.

"This is special," says Jewell. "We are from the City of Atlanta and having this opportunity is huge for our kids. Just one week after the SEC Media Days, we are the first public school district to host media day here."

Last year, Sean O'Sullivan was defensive coordinator at Pope High School in Cobb County. This season he is the new head coach at North Atlanta High School, and thinks the Hall Of Fame visit is a nice reward for his players. "It's extremely exciting for the kids," says O'Sullivan. "It gives them a chance, after working hard this summer, to come and be around the players from the other APS schools. It's a good way to start off the year." 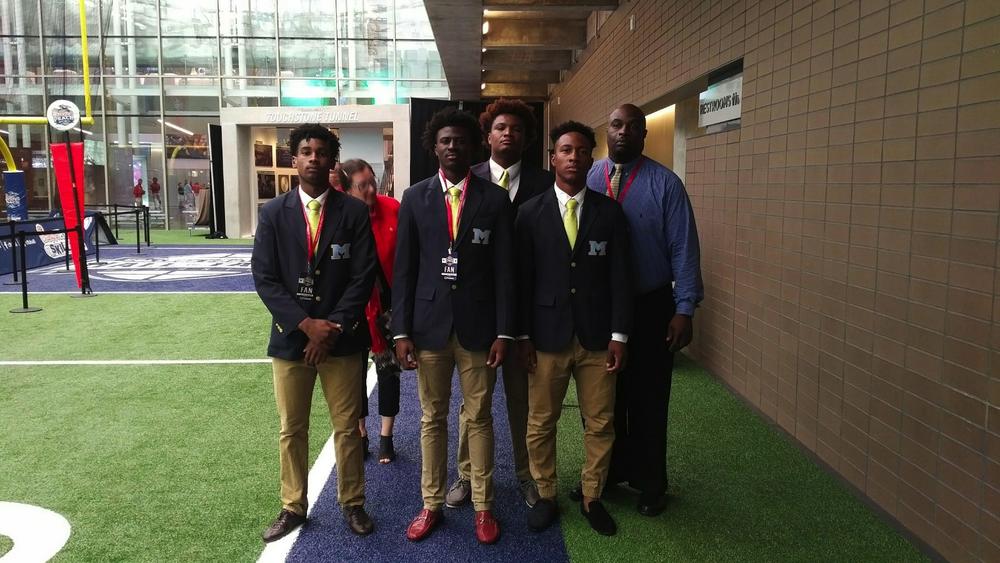 APS teams had a banner year in 2017, with six schools earning spots in the state playoffs. The Maynard Jackson Jaguars won nine games. the most in school history. Head coach Eric Williams was excited to open the season with a visit to a special place. "It's a great honor to come down to the College Football Hall of Fame and kick off the season," says Williams. "It gives kids a positive outlook on college football, as well as a firsthand look at what it would be like to play at the next level."

The Carver Panthers led the way for APS in 2017 with a record of 12-2, reaching the state semifinals for the first time in 50 years. For head coach Darren Myles, having APS Media Day in such a special place represented something different. The Carver campus is in Southeast Atlanta, a short drive from downtown, but the five players he brought to media day had never been to the Hall of Fame before. "I think it will serve as a great motivation for the ones that I brought and probably for everyone in the district," says Myles. "It's kind of hard to become something unless you see it. We often become what we see, good or bad. In this case, it's great." 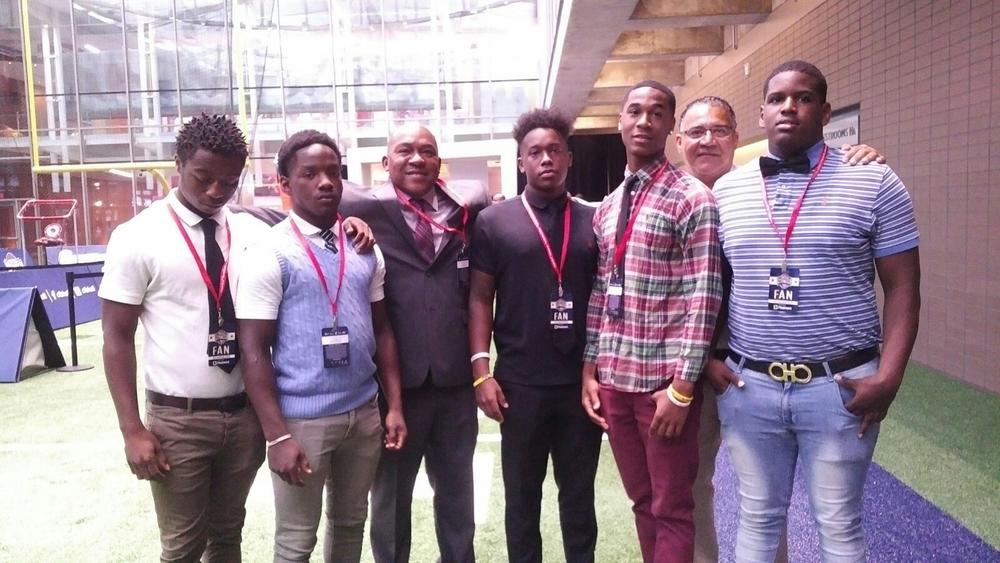 After each coach and his players took a turn on the stage, they had lunch and toured the Hall of Fame. It was a day the APS coaches and players won't soon forget, and a day that teams in other school systems around the state might envy. Mays coach Niketa Battle understands. "I'm from South Georgia," says Battle. "Growing up, I didn't have access to what the kids in the city have access to. The kids in this area have so many resources to tap into and I appreciate APS giving us the opportunity to have our kids exposed to the College Football Hall of Fame."

Just as the APS broke new ground by holding the media day at the Hall of Fame, the Mays Raiders are poised to break more ground when the season starts. After making it to the Class 6A quarterfinals in 2017, the Raiders were invited to play in the Corky Kell Kickoff Classic, the first Atlanta Public Schools team to do so. "It's the first time that an inner city school has played in the Corky Kell and the games are actually played right here in the city," says Battle. "You put the district on your back and it's not just the Mays High School label, but APS that will be seen throughout the state." The Mays Raiders will face the Norcross Blue Devils on Saturday, Aug. 18 at 8:45 p.m. at Mercedes-Benz Stadium.

Don't forget Football Fridays In Georgia will return this fall with live game broadcasts every Friday night. It all begins with Carrollton visiting two-time state champion Rome on September 14 on the great GPB!