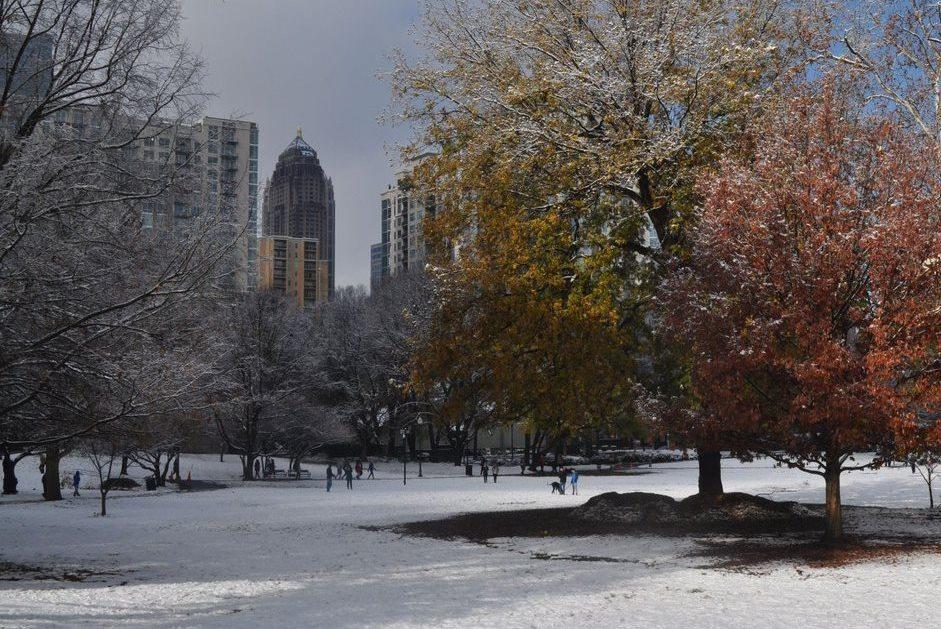 The 2017 GHSA State Football Championships got off to a roaring start this past Friday in the beautiful new Mercedes Benz Stadium, only to be brought to a screeching halt a few hours later by inclement weather I have named “Snowout 2017.” Some teams fire themselves and their fans up with blackouts, whiteouts and other various colored outs, but when all was said and done this past weekend, Mother Nature, snow and ice won the battle.

Two games did get played on Friday, Eagles Landing Christian Academy downed Athens Academy 41-3, and Calhoun topped Peach County, 10-6 in a game which will be discussed for many years to come in Georgia Prep Football circles.

Due to the inclement weather and postponements, the remaining six title games will be played this Friday at various locations across the state. It’s Irwin County hosting Clinch County in Ocilla for the Class A Public School Title. Hapeville Charter travels to Tiger to meet Rabun County for the Class AA trophy.

Marist hosts Blessed Trinity for the Class 4A Crown, Coffee travels to Leesburg to play Lee County for the 6A Title, while Warner Robins welcomes defending Class 5A Champion Rome to McConnell-Talbert Stadium in Warner Robins.

The Colquitt County Packers head to Atlanta for the sixth straight week to meet North Gwinnett in Suwanee for the Class 7A Title. The ‘Pack captured four road wins in a row in metro Atlanta before yet another trip north last weekend. (The Packers had already arrived in Atlanta when last Saturday night’s game was postponed.)

It was indeed an unusual weekend for all who traveled to Atlanta for last week’s Championship schedule of games. As much as eight inches of snow fell in some Atlanta suburbs and the driving conditions were treacherous at times, and many north Georgia residents were without power for much of the weekend. It will be a long remembered weekend for residents of the metro area and most traveling prep football fans as well.

Now we move on to this week. There are still many fans who are upset about not being able to play this week’s schedule of Championship games in the Mercedes Benz Stadium this weekend. The reason that’s not possible is that there is already a Heritage Bowl Game slated for this Saturday in the facility.

The re-scheduled games will go on as slated, and the hope is that weather will not be a factor. It is Championship week number two and a lot is at stake for the remaining teams.

As good prep football fans, let’s put “Snowout 2017,” behind us and look forward to the great games to be played this Friday night all across the State.

GPB-TV will air the Colquitt County at North Gwinnett game from Suwanee on Friday night and stream it live on GPB.org.

The all access pass begins at 7PM and the kickoff is slated for 730.

Join Jon Nelson, Nicky Williams, Larry Smith, me and the whole GPB team for all of the action.