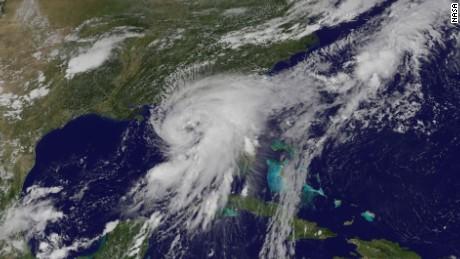 It was without a doubt one of the most unusual Prep football weekends in recent memory. Hurricane Hermine came blowing through the southern and coastal sections of the state on Friday and the Prep football schedule was re-scheduled in many areas. Games across the state stretched from Thursday night until Monday afternoon when Macon County and Irwin County finished off the Labor Day weekend slate of games in Ocilla.

There were postponed games and cancelled games, and many of those matchups will not be made up. A few of the games which affect power rankings will be played later in the season.

In games across the state on Friday night, Grayson and McEachern, two heavyweights from the state’s top classification, class 7-A, fought tooth and nail until the Rams came out on top, 16-13. Houston County’s Jake Fromm crossed the 10,000 yard passing mark and led the Bears to a 50-27 win in the process. Fromm had 510 yards passing in the game and has his sights set on the all-time passing leader in Georgia, DeShaun Watson of Gainesville High and now Clemson University.

Mill Creek continued to roll to an impressive early start in the 2016 season with a 30-0 shutout of a very good Dacula team on Friday night. On Saturday afternoon in Moultrie, the Tucker Tigers upended the defending Class 6-A champion Colquitt County Packers, 21-20 in a game that was postponed from Friday night due to weather concerns.

Games moved to Saturday due to inclement weather saw some interesting finals posted. Ware County topped Coffee in their annual battle at Memorial Stadium 30-27, Valdosta shut out Wayne County 28-0, in a renewal of their former battles in South Georgia and Pierce County rolled past Beach of Savannah 58-13. In one of the week’s first games that were played due to weather concerns, Class A powerhouse Emanuel County Institute beat Portal 50-14 on Thursday to move to 3-0 on the young season.

There are some stellar matchups as we move into week number four in 2016. Cairo travels to Bainbridge in deep Southwest Georgia in a battle of once-beaten powers. Colquitt County tries to win their first game of the season after three heart-breaking losses when they travel to Roswell for a date with the powerful Hornets. Top-ranked Class AA power Fitzgerald travels to Montezuma to meet Macon County, considered one of the favorites to capture the Class A Public title this year. Calvary Day of Savannah heads to Augusta to meet Aquinas in a battle of Class A Private School title contenders.

In other top games this week, Lanier meets Northside-Warner Robins, St. Pius X is at Marist, Class AAAA power Thomson plays at top-ranked Class AAA Pace Academy and in one of the most anticipated matchups in the State this week, unbeaten Valdosta, 3-0 travels to Tifton to meet unbeaten Tift County 3-0 in a matchup of the Wildcats stellar defense and the Blue Devils High-powered offense.

Week four should be an interesting week in Georgia Prep Football.