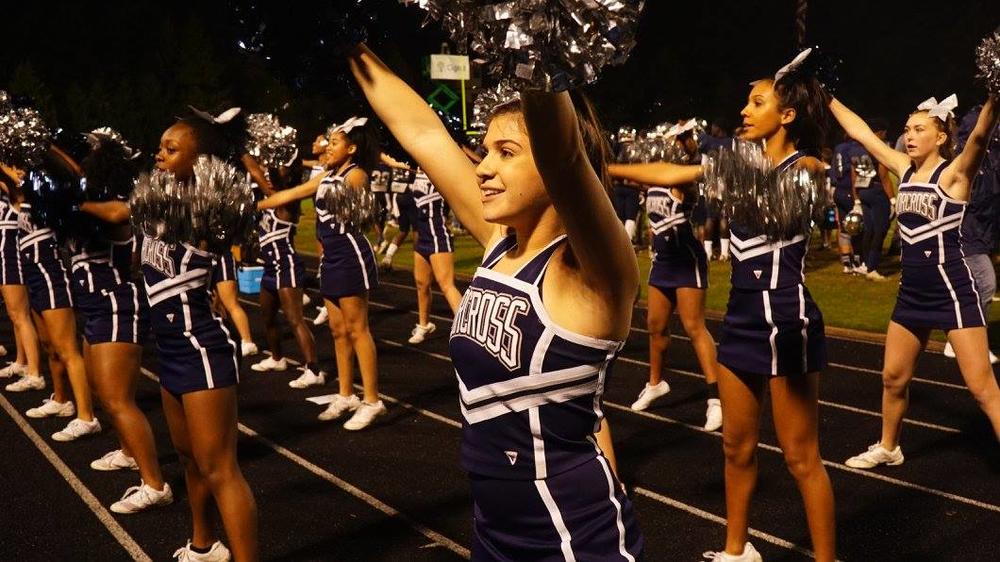 Most of the state of Georgia played Friday night’s prep football games in wet or totally rain-drenched conditions, and in the extreme southern portion of the state, three key games were played as region 1-AAAAAA kicked off their annual home stretch run for the four coveted playoff berths afforded those six teams. Two of the region’s openers were played in Valdosta where Camden County topped Valdosta, 31-10 at Bazemore-Hyder Stadium, and Colquitt County beat Lowndes, 42-20 at the Concrete Palace across town at Lowndes High school. In Leesburg, Lee County knocked Tift County from the ranks of the unbeaten 42-14.

One of the state’s other top games last Friday night in Class AAAAAA featured unbeaten Walton at Roswell. The Hornets made short work of the Raiders 48-14, and solidified their claim as one of the top contenders for the Class AAAAAA title in December.

Class AAAA’s surprise team in 2015, the Bainbridge Bearcats rolled to their sixth straight win, a 38-0 shutout of Americus-Sumter. Bainbridge has used a balanced offense and tenacious defense to roll to their undefeated season thus far. The Worth County Rams head into Bearcat Stadium this Friday night in a showdown of key Region 1-AAAA sub-region contenders.

In Class AAA, Dodge County rolled past Toombs County 51-13, and powerful Pierce County topped neighborhood and Region 1-AAA rival Brantley County 35-20. Jackson knocked Westside-Macon from the ranks of the unbeaten 31-29, and Jefferson held Elbert County’s offense in check in a 27-8 win at the Granite Bowl in Elberton.

Charlton County made a Region 2-A statement with a 28-14 win over Irwin County. Defending Class A public school champion, Hawkinsville moved to 4-2 on the season, with a 21-0 Region 4-A win over Greenville. Other Class A games of note saw Aquinas top Hancock Central, 48-14 and unbeaten power Lincoln County continue to roll with a 31-0 shutout of Warren County.

In Class AAAAA, Glynn Academy is at Ware County, and Lanier is at Gainesville. One of the top games in Class AAAA, finds Marist at St. Pius X and in the southern portion of the state, Burke County travels to Liberty County.

Other top games of interest across the state include: Berrien at Early County, Calvary Day School at Savannah Christian Prep, Hawkinsville at Dooly County and Tattnall Square at Stratford Academy.