No Room At The Top 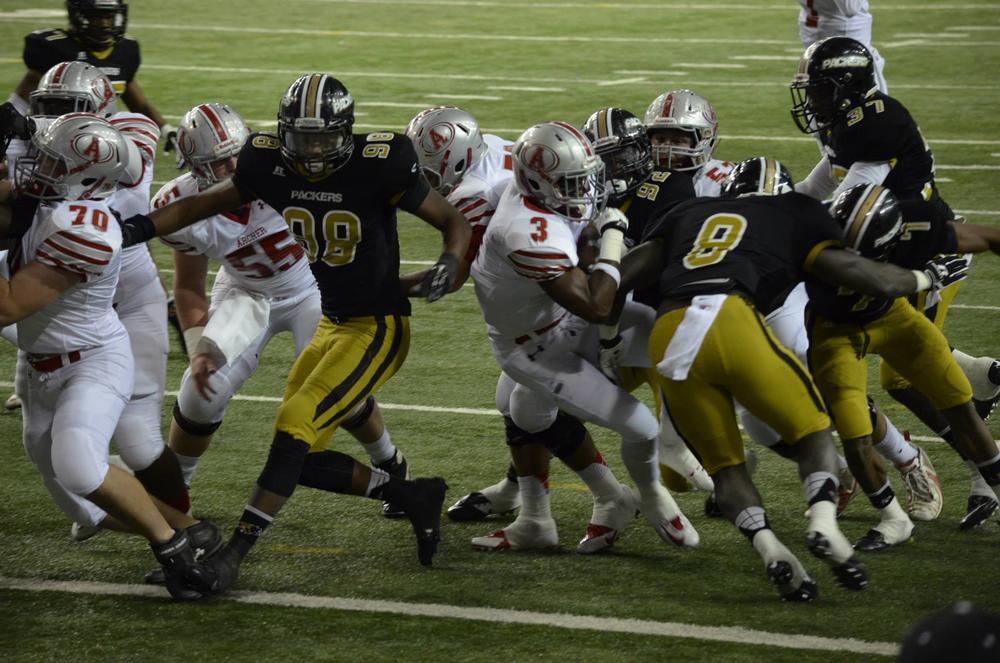 The Archer Tigers fell victim to Grayson, 26-24 on Friday night and fell from the number one position in most statewide Prep football polls for the coming week. Colquitt County meanwhile topped Enterprise, Alabama, 51-14 and will surely return to a spot they have been quite familiar with over the past two years.

The defending Class AAAAAA champions were the number one team in most preseason polls but were bumped to second and third in many polls across the state after the regular season began despite the fact that they were ranked as one of the top teams in the national Prep polls. The Packers from Moultrie are rolling again this year after winning the state’s top division a year ago and have now won 19 straight games.

The McEachern Indians, who knocked off top-ranked Buford from Class AAAA, and snapped the Wolves 42 game winning streak two weeks ago, fell to unranked Peachtree Ridge, 9-6 last weekend and tumbled from one of the top three spots in the polls. Walton scored a big win in Class AAAAAA at Etowah, 35-10, while Tift County, Camden County, Lee County and Roswell all remain unbeaten in the state’s largest classification after week four action around the state.

The week five schedule has some great matchups ahead. In an unusual week of schedules, three of the state’s top games this week will be played on Thursday night. Surprising Eastside of Covington will travel to play upstart Jonesboro, Class A power Marion County will play up in classification when they travel to play Class AAA Columbus and one of the top games of the week regardless of classification also will be played in the mid-state when unbeaten and top ten ranked Jones County travels to Warner Robins to meet the number one ranked team in Class AAAAA, defending champion Northside-Warner Robins Eagles.

Friday night’s action in week five is hot and heavy as most teams use this week as a tune up for their upcoming region schedules on the horizon. Burke County travels to Washington County after a tough loss at North Augusta, South Carolina this past Friday night. Washington County will try to rebound from three straight losses to open the season.

In Class A, perennial power Charlton County takes its unbeaten record, 3-0, on the road to Atkinson County in a region 2-A matchup. In that same region, where there is no rest for the weary, Clinch and Irwin County meet in a showdown of top ten teams.