Time to Defend the Titles! 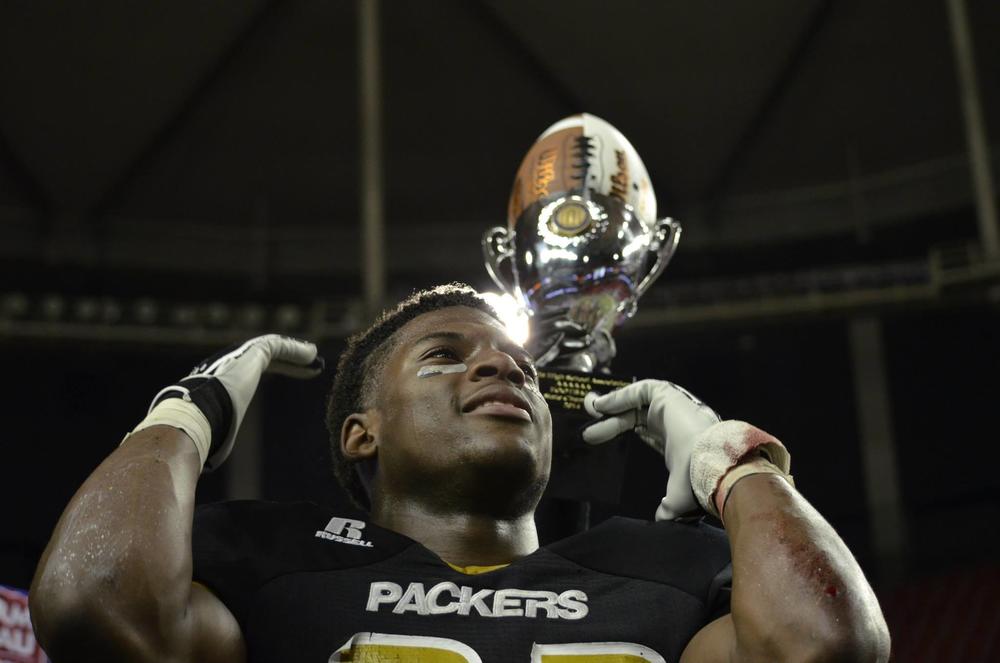 The early favorites to repeat are: Colquitt County in Class 6-A, Buford in 4-A, Calhoun in 3-A and Mount Paran Christian in Class A Private. Northside, Benedictine and Hawkinsville lost some key players from last year’s title teams, but will still be in the hunt again this year despite their heavy losses to graduation.

Class 6-A is loaded with quality teams. Archer, last season’s runner- up is ranked in the top twenty- five national polls, as is Colquitt County, but those are not the only teams who will line up as formidable opponents who have a shot at a state title. Camden County and Lowndes from southern Georgia have the talent and coaching to make yet another trip to Atlanta this December. North Gwinnett, Peachtree Ridge and Norcross will make serious runs again this year.

As good as Class 6-A is, the classification right below them, Class 5-A is loaded with quality teams as well. Defending champion Northside-Warner Robins has plenty of neighborhood company to worry about, including county rivals, Warner Robins and Houston County, and Jones County from Gray. Along the Georgia coast, Glynn Academy is quietly building a perennial powerhouse and their County rivals, the Brunswick Pirates are loaded with talent. Coffee, Ware County, South Effingham, Stephenson and Gainesville have excellent talent bases returning.

In Class 4-A it’s the Buford Wolves, who are quite capable of defending their 2014 trophy again this season against some really good football teams from all across the state. St. Pius X, Stephens County, Cartersville, Sandy Creek, Burke County and Wayne County could all make serious runs at the Wolves by the time the December’s championships roll around.

Calhoun is the heavy favorite again in Class 3-A, though there are some serious challengers on the horizon. Jefferson and Blessed Trinity are loaded with top-notch returning talent. Hart County is solid once again, as is Elbert County, and from the southern portion of the state there is Pierce County and Cook of Adel to contend with.

Benedictine Military of Savannah captured their first class 2-A state title in 2014 and the Cadets still have plenty of talent to showcase when they meet Greater Atlanta Christian in the port city on August 21. Region foe Vidalia will challenge the Cadets in the chase for a Class AA title, as will Fitzgerald and Brooks County from region one and Lovett of Atlanta.

Mount Paran put on quite an offensive show in last year’s Class A Private title game in the Georgia Dome and return many of the standouts from that game where they downed Eagles Landing Christian. The Eagles have an opportunity to win back-to-back titles after capturing their first one ever in 2014. Serious challenges this season will come from Savannah Christian Prep, Calvary Day, E.L.C.A. and Aquinas of Augusta.

The Class A Public champions, the Hawkinsville Red Devils, graduated a lot of talent off of one of the state’s top defenses a year ago and will have to rebuild a bit before December gets here, plus they have to play through one of the toughest class A regions in the state, region 4-A. Runner-up Irwin County will be in the hunt again as will: Marion County, Charlton County, Commerce and Clinch County.