The Final Stop For Single A 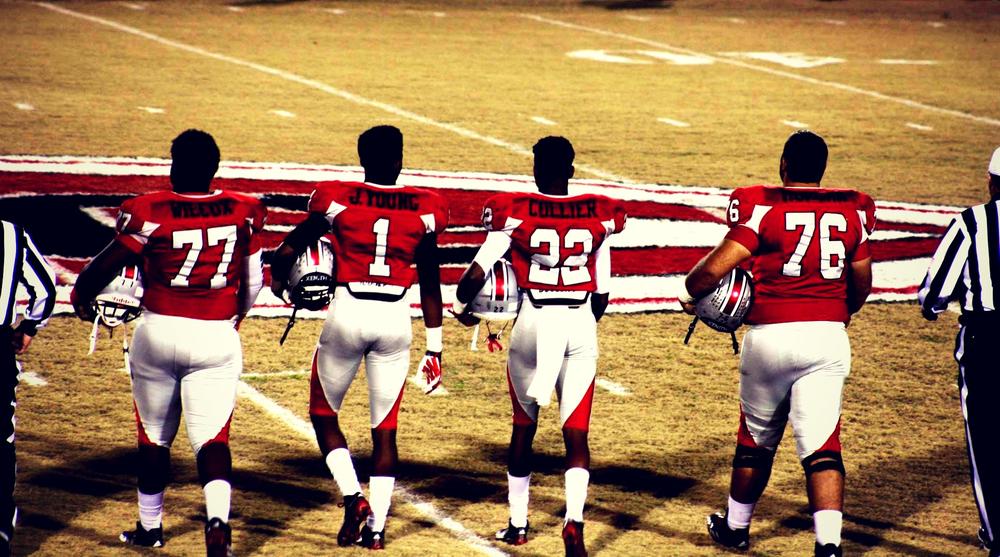 The prep football championship train has pulled into the Georgia Dome and now it’s time to get down to the serious business of crowning seven football teams as the top high school football teams in the state of Georgia for 2014. Five weeks ago over two-hundred teams began this difficult journey, and now there are fourteen which remain.

Friday at 1:00 PM, the Class A Public division title will be decided when the Hawkinsville Red Devils meet the Irwin County Indians from Ocilla. Hawkinsville, 12-1, was the regular season runner up in region 4-A, but advanced to this week’s finals by avenging a 13-6 loss to the defending Class A Public champions, Marion County 15-14, who were also the region 4-A regular season title holders, on a last-second field goal as time expired in last week’s semi-final game.

This week’s finals matchup is a classic. Hawkinsville is considered one of the best defensive teams in this year’s Dome extravaganza, regardless of classification. The Red Devils pride themselves in only allowing just over seven points per game to their opponents during the 2014 season, while Irwin County on the other hand is an offensive machine which lines up and runs right at their opponents. The Indians are averaging almost thirty-five points per contest.

The Hawkinsville-Irwin County matchup will kick the championship finals weekend off with kickoff slated for 1:00 PM Friday afternoon on GPB.

The Class A Private division title game will kick off Saturday’s four-game lineup of title games at 10:00 AM, when Eagles Landing Christian Academy meets Mount Paran Christian Academy. The Chargers come into the game sporting one of the most unique records in GHSA championship finals history, 7-6 on the season. Eagles Landing Christian opened the 2014 season with six straight losses followed by seven consecutive wins.

Mount Paran Christian has rolled to a 13-0 record, including a resounding 34-14 win last week over the defending 2013 Class A Private champions Aquinas. Most prep football observers consider the Eagles odds on favorites to claim this year’s 2014 Private division title. The Eagles are averaging almost forty-five points per game this season and have rumbled though the playoffs as well as the regular season without a close game.

I look forward to joining Sam Crenshaw, who will handle the color analysis and Gabrielle Ware on the sidelines for these two Class A title matchups on GPB. I hope that you can join us for all of the games on Friday and Saturday, it promises to be a great championship weekend.