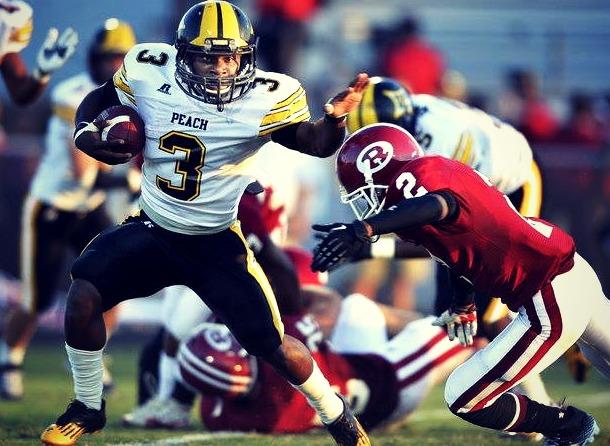 It’s hard to believe, but it is THE FINAL WEEK OF THE REGULAR SEASON. Weren’t we just talking about everything going on in the off-season and getting ready for the season to start? Weren’t we talking about reclassification, teams moving up, moving down, moving in to the GHSA, and making geographic changes and regional sideways movements?

Yeah…but that was 11 weeks ago.

After this Friday, a little more than half of the 400-plus teams in the GHSA that play football will be done for another year and 192 will be moving on to determine the seven champs for 2014. But there’s still a lot to be decided in Week 11 for all of us after Week 10 went by so quickly. In South Georgia, Colquitt is ranked top-five in the country for a reason… John Reid has done wonders for the Tift program. But this year, anyone that runs into Colquitt is looking at a buzz saw week-in and week-out. Also, in Region 1, The Winnersville Classic lived up to its yearly billing.
Jake has the highlights of a lot of stuff in The Locker Room.

Peach County is putting up some big numbers on their way to a region title and got another big ground game from Keyshawn Lowe: 295 yards and six touchdowns worth in their win Friday against Westside. Peach won Region 2: the team's first region title since 2011.

Wes is in a buttoned-down shirt with the highlights.

In 5A, Ware County is taking control of everything and a lot of people think that, maybe, region mate Coffee might be the only team to stop them. Last Friday, the Gators were taking on South Effingham to solidify their place before the playoffs. Chris Porter and the Team Sideline crew have the highlights from Waycross about 2:00 in…


Over in the CSRA, Aquinas is on top of the GPB polls for a reason and Wayne County is making their move heading into the post-season. Kevin and Andrew have the highlights of their games against Lincoln County and Burke, plus a whole lot more on Operation Football Live.

On the coast, The Frenzy has a check on Calvary Day and Country Day, Savannah Christian and Claxton, and Coffee and Richmond Hill. Here’s Stefanie and Frank.

So, faithful reader, what are the chances of your favorite squad to go deep into the post-season? Who are you following and how many of you are gonna make the roadtrips around the state as we go?

We end our regular season in Flowery Branch hosting Gainesville in a huge game for the region standings. The All-Access Pass starts at 7 with kickoff around 7:38. Bracketology will follow in the post-game show so you can map out your trips. So, join Matt, Chuck, Larry, Grace, Claire, Mark, and myself for all the combinations and permutations for all of it.
Play it safe, everyone…I’ll see you at the stadium.