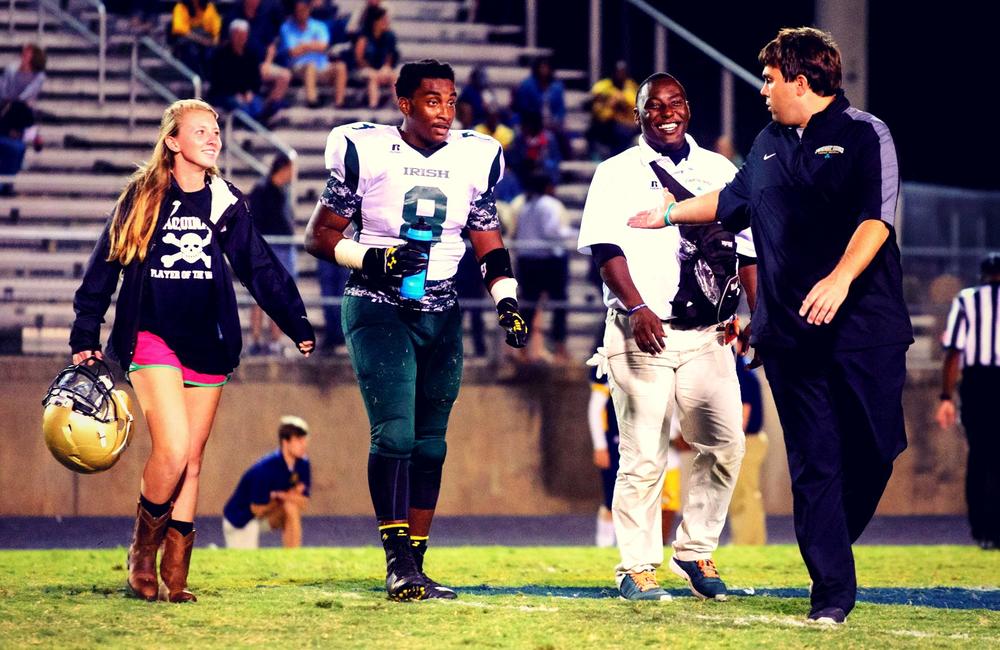 Our friends over at the Georgia High School Football Daily had a trivia question the other day....There are two coaches who are currently undefeated in their careers; one is over at Lanier and the other is over at Aquinas in James Leonard. Aquinas took on Warren County for Homecoming last Friday night and they kept rolling along. ((HT: WJBF-TV)) WJBF-TV ABC 6 Augusta-Aiken In Central Georgia, the region play is getting hot and heavy and Northside is hitting full song at, seemingly, the right time. But there’s another team that we focused on in “Jon’s Georgia” that has been making noise as a spoiler in the same group as five teams are chasing four spots: Lakeside-Evans. They made the trip to McConnell-Talbert to take on Warner Robins. Ben and Frank are in blue jeans to give you the highlights. ((HT: 13WMAZ-TV)) On the coast, there are a lot of teams making their end-of-the-season push: Vidalia, Claxton (a hometown favorite for Tommy Palmer) and Appling County. Frank and Stefanie have “The Frenzy” where Vidalia took on Groves, Calvary Day took on Claxton and Appling and Pierce. Plus, a whole lot more. ((HT: The Coastal Source))

And a really cool story out of Tucker High School to wrap up this week. GPB has seen and covered Robby Gilbert from upstairs as an assistant under Bryan Lamar. This past Friday night, he got one of the coolest gifts a man could ever get: a visit from his birth mother. Jon Shirek was at Memorial Stadium for the surprise of a lifetime. ((HT: WXIA-TV))

And speaking of Tucker, Bryan Lamar and the Tigers are traveling to Twelve Oaks Stadium where they take on Lovejoy. The “All-Access Pass” show starts at 7 and kickoff is a little after 7:30. Be sure to join Mark, Claire, Grace, Matt, Chuck, and myself for all the highlights, scores, and stories. Be sure to download the GPB Sports app at the App Store, friend us on Facebook, join the conversation on Twitter and on Instagram to be a part of #SpiritWorthSharing. Play it safe, everyone. I’ll see you at the stadium.