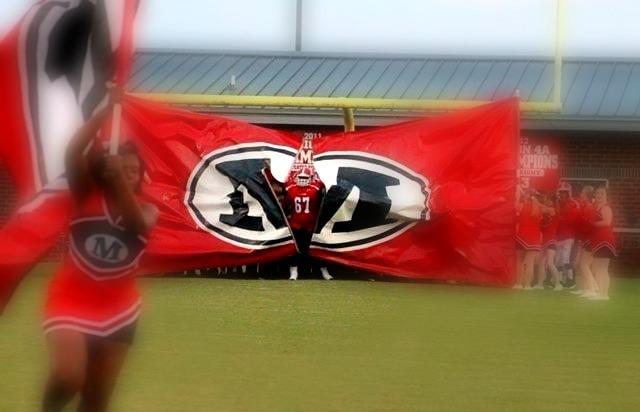 Okay, I’m talking to you. How many of you had Region 1-6A as it currently stands?

Region 1 gets another off week before the sprint to the playoffs and there are just a few things I have to say. I DID NOT EXPECT ANY OF THIS!!! (There, now that’s said, let’s tell the stories.)

Valdosta’s defense had only given up 20 points going into the game with Colquitt. Tift shocked the southern part of the state with their come-from-behind win over Camden, and Lee County…? Yup. Lee County. In talking to folks we know in South Georgia, Lowndes made a lot of uncharacteristic mistakes that led to their demise with Lee. But Lee County is now tied for second in the region and the season finale with Valdosta in Leesburg may settle the two and the three.
Here’s Jake in the Locker Room with the rundown as well as a surprise in the TCC-Cairo game and the Brooks and Fitzgerald game as well.

The game of the week in Middle Georgia is always a fun one. It’s one of those games that splits a town in two. Northside and Warner Robins… red and blue… Demons and Eagles… And the fun part is that the most influential person in the city is the fire marshal (whom, we are proud to say, we have known before he retired). You could have 15-20,000 people in one place to watch one football game and the bragging rights in the International City go all year long.
Ben was in jeans and Frank was in khakis for the highlights…


In double-a, one of the toughest matchups of the year was between two top-ten teams in Benedictine and Vidalia.

Frank and Stefanie have the highlights starting around the 4:00 mark along with everything else in the Low Country and the Coast.

Last week in my “Backroads and Backfields” feature, I took a trip to Buena Vista to check on the reigning Class-A Public champs in Marion County. They play in one of the toughest regions in the class and had their signature game with Hawkinsville to figure out, unless something else wacky happens, who will get a lot of home games in their playoff run. I cannot say enough about the hospitality of the folks down there and they made me and videographer Gary Peacock feel right at home. It was a nice time among some cool folks.

Anyway, head coach Mike Swaney is still running the gauntlet and still making a point to be near the top of the rankings with this week’s “Backroads” feature home: Aquinas.
Dave and Kim have the highlights of everything down West.

Now, it’s that time. My question for you this week: What games are you looking forward to as we head down the stretch…? (Which, in and of itself is hard to believe.) Hit us up on our Facebook page and “Like” us if you already haven’t. Join the conversation there, on Twitter (@GPBSports), Instagram, and any place else you can think so we can make this two-way street a true conversation.

This week, we head to a region where it looks more and more like five teams and four spots. The Collins Hill-Mill Creek matchup may go a long way toward figuring that out. The “All-Access Pass” starts at 7 with kickoff a little after 7:30 so check in with Matt, Chuck, Larry, Mark, Claire, Grace, and myself, along with the rest of our cast of thousands on GPB-TV, gpb.org, or by downloading the GPB Sports app at the app store. It’s free and it’s clutch.

Play it safe, everyone… I’ll see you at the stadium.