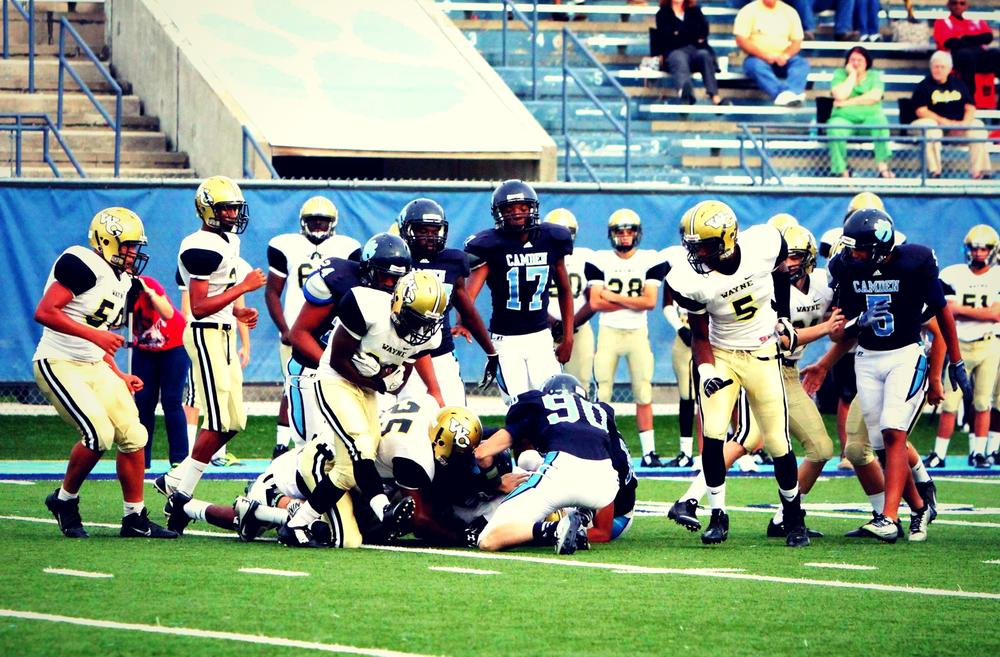 We’ve reached the halfway point in the 2014 Georgia prep football regular season and before we get into this week’s specifics, I need to do a little house cleaning from last week’s blog. I wrote a blog about Class AA which pointed out that there were only four undefeated teams in that classification: Greater Atlanta Christian, Fitzgerald, Vidalia and Screven County all who were 4-0 at the time. The list of unbeatens in Class AA grew by two more deserving teams in a period of three days of the posting of my blog due to a top ten record mistake for Model, and my overlooking yet another unbeaten team, Union County of Blairsville. Both of those teams were omitted from my blog about the unbeaten Class AA teams and I’m happy to report that going into this week’s action, all six of those teams remain unbeaten at 5-0, on the season. Congratulations to you all!

Region 1-AAAAAA heads into this week’s action unbeaten at 29-0, but all of that changes this week when the region schedule gets underway with the No. 1 ranked Colquitt County Packers, 5-0 hosting the number three ranked Lowndes Vikings, 5-0 in Moultrie at a stadium affectionately called the hog pen. The Valdosta Wildcats, 5-0 head to the coast to play another group of Wildcats, Camden County, also 5-0 on the season. In the other game in Region 1-AAAAAA, The Tift County Blue Devils, 5-0 host the Lee County Trojans, 4-0 on the season. There will be four teams advancing to the playoffs out of this region in a few weeks, and two very good football teams will be on the outside looking in.

Most prep teams across the state have now gotten down to the business of their region schedules and it’s the second season for most teams. The first portion of the season is generally called the preseason and then the second half of the season is the region championship chase, which is now at full throttle in most regions in all classifications. This weekend there is one of those very unusual non-region games in southeast Georgia which is creating a lot of interest. The Class AA Benedictine Military Cadets of Savannah travel to Jesup to play the class AAAA Wayne County Yellow Jackets Friday night. This game will be one of the more interesting ones in the southern portion of the state this week. Benedictine is 3-1, and ranked fourth in Class AA, while Wayne County, 2-4, is now hitting mid-season form after graduation left many holes to fill from last season’s team which finished with an 11-3 record and a trip to the semi-finals where the Jackets lost to Class AAAA champion Griffin, 25-20.