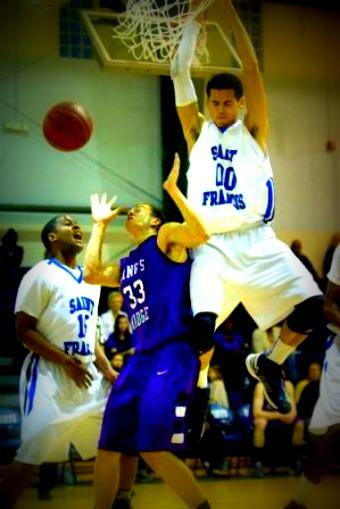 The March to Macon has been a lot of fun to watch over the past two weeks. The GHSA basketball playoffs have seen a few surprises with a few of the previously unbeaten teams bounced from the tournament this year. This Thursday in the mid-state, the state championships in basketball will be decided and the GPB Sports team will be there to bring you all of the action in all classifications, Class A through Class Six-A. I am looking forward to describing the action for a few of this year’s games along with Larry Smith and Grace Olson.

The festivities get underway Thursday afternoon when the Randolph-Clay girls, 26-4, meet their region nemesis, Mitchell County, 25-6, in game one. Both of these teams play in rugged Region 1-A in the southwestern portion of the state. These two teams have met three times this year with Randolph-Clay winning all three contests by the narrowest of margins. The Lady Red Devils won twice by three points and once by five points. The Lady Eagles would love nothing better than to win the last and most important game of the season when these two teams meet again for the state championship Thursday afternoon at 3:00 in the Macon Centreplex. Randolph-Clay is making a return trip to the finals in 2014 after falling to Gordon Lee, 61-55 in last year’s title tilt.

The tip-off game on Friday afternoon at 3:00 will feature an unbeaten finalist against a regular participant. It’s the Kendrick Lady Cherokees of Columbus, 30-0, against the Wesleyan Lady Wolves, 27-3. Kendrick comes into the championship games having steam-rolled most of their opponents by very comfortable margins. Other than a couple of close matchups with Central of Alabama early in the season, it was smooth sailing until a close win over Greater Atlanta Christian, 65-62, in the quarterfinals on February 26th. Wesleyan, on the other hand, is one of the most familiar faces at state tournament time. The Lady Wolves have grown into yet another powerhouse team, who pressures opponents into mistakes with their relentless full court pressure. This Friday’s championship match should be one for the ages since ironically, unbeaten Kendrick also employs a full-court press defensively.

Saturday morning at 9:30 on GPB, the AAASP Wheelchair championship will begin the day’s activities. This year the finals will feature Henry County and Houston County. That game will be followed by the Class A Private Girls title matchup at 11:00 AM and then the Class A Private Boys title game at 12:45.

The Private Class A girls game features unbeaten Holy Innocents, 29-0, and Southwest Atlanta Christian, 26-5. Undefeated Holy Innocents has been tested only once this season. Their closest match came on January 18th, when they beat Darlington by seven points during the regular season. Then, in the semi-finals, they beat the same Darlington squad by twenty-six points to advance to Saturday’s championship game. Holy Innocents plays in Region 5-A, while Southwest Atlanta Christian is out of Region 6.

The boys Class A Private school title game which follows, features Whitefield Academy at 23-6 and last year’s runner up, St. Francis at 23-7 on the season. This is the third meeting this season between these two teams. Whitefield won the first game by 12 points and the second meeting by eight points. There are no secrets between these two foes.

Thirty-two teams began this journey to the state championships just two weeks ago. Here in 2014, the state finals were designated as the March to Macon. This Thursday afternoon through Saturday night at the Macon Centreplex, the march will conclude with a winner and a runner-up. It has been a memorable march for all of the teams.