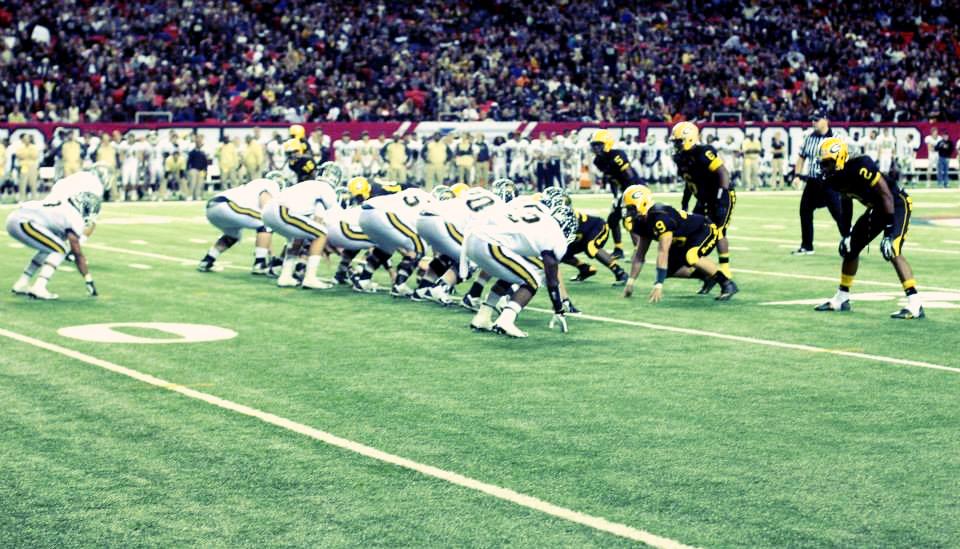 I’ve had some time to reflect on the recent GHSA Georgia Dome football finals. The 2013 championship games will go down in history as some of the most memorable played in the state. All of the games were hard-hitting, physical and momentum-laced football games that were, without a doubt, some of the best finals matchups in recent memory.

My first thought when I look back at the games is how most of the teams which took the early and sometimes convincing lead in the games did not end up winning the championship trophy. Here are a few examples: On Friday afternoon in the opening game, the Class A private school championship, Calvary Day School of Savannah jumped out to an early 7-0 lead over Aquinas of Augusta and looked to be in full control of the game. However, the Fighting Irish settled into their new Dome environment and slowly gained control of the games’ momentum with a smothering pass defense and a punishing run game on offense to win the title, 27-7.

Saturday’s Class A public school championship had almost the same script as Calvary Day and Aquinas in the day’s opening game. Charlton County took an early 3-0 lead in their game with Marion County only to watch the Eagles tie the game by the half-time break at 3-3. In the second half, defense and kicking was the name of the game for both squads, but Marion County picked up a safety and a touchdown in the second half to capture the title 12-3 in one the most physical games played in the two-day event.

All games at this year’s finals had their own particular personality. One of the most memorable was the shootout between Class AAAA powers Griffin and Carrollton. The Trojans jumped to two early leads in Saturday’s championship meeting, 14-0 and then 21-7, only to have the Bears respond quickly each time and take a 28-24 lead right before the half. The offensive explosion continued in the second half and Griffin went on win the offensive shootout 56-35. The two teams combined to break the state’s championship game point total record.

The final game in this year’s championships also had plenty of momentum swings. In a rematch of a regular season game between North Gwinnett and Norcross, which was won by North Gwinnett 36-17, the Bulldogs jumped to an early 14-0 lead, only to watch the Blue Devils respond with 31 unanswered points and Norcross captured its second straight class AAAAAA title.

Lovett and Lamar County battled defensively on Saturday as the Lions captured the Class AA title 14-7. Both teams came into the game with high-powered offenses and most fans were looking forward to another offensive explosion, but both teams defenses answered the call and put on quite a show.

In one of the most surprising games of the two-day event, Class AAAAA’s Creekside and Tucker lit up the Dome scoreboards to the tune of 52-28. This Friday night game featured two unbeaten teams. The Seminoles prevailed and finished the season with a perfect 15-0 record.

The Class AAA title went to undefeated Buford a 35-19 winner over previously undefeated Washington County in a game played on Friday.

The football season is complete, the champions have been crowned, and trophies have made it to the trophy case at the respective schools. Congratulations to Norcross, Creekside, Griffin, Buford, Lovett, Marion County and Aquinas. You earned the title as 2013 champions of your respective classification. To all of the other teams, 2014 is just around the corner and there are GHSA football titles to win in the Georgia Dome next December.