Newcomers Set To Take The Stage 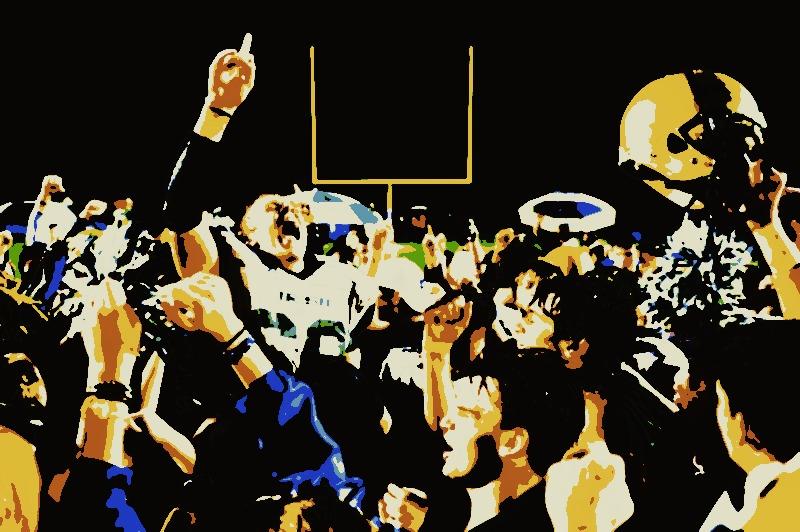 It’s finally here. The GHSA football Championships at the Georgia Dome, that is. There are few events in this state which involve high schools and athletics that capture the attention of so many people across the state of Georgia. Friday and Saturday there will be seven football games in two days. Class A Private and Public, Class AA through Class AAAAAA will be played and will feature fourteen teams, but only seven titles.

Friday afternoon at 2:30, it’s two newcomers to the dance. Calvary Day School of Savannah will meet Aquinas of Augusta to literally kick off championship weekend. Both teams are coming off of one point wins. Calvary beat defending champion Eagles Landing Christian 35-34 in overtime last Friday night in McDonough, while Aquinas edged Mt. Pisgah 17-16; scoring with under 20 seconds remaining to clinch their win. So much for nerves and or pressure getting to either one of these newcomers to the Dome festivities after last week’s games.

In the second game of the day at 5:30, it will be 14-0 Buford back again to defend yet another state title captured a year ago in the Georgia Dome. The worthy opponent this season will be the Washington County Golden Hawks of Sandersville, 13-0 on the season. In my opinion, this might be the best game of all in this year’s Dome final matches. Buford has only been tested once this season and that was last week when the Wolves eliminated Callaway 24-14. Washington County on the other hand has been an offensive machine in almost every game, and they have played one tight game as well, an overtime win over AA finalist, Lovett, 36-33 in early October.

The 8:30 game on Friday features two undefeated teams from Class AAAAA, Creekside and Tucker who are both 14-0 on the season. The Seminoles of Fairburn have been on a roll over the past few weeks and have not been tested since October 18th when they beat Whitewater 27-23. They earned the right to play for the title last week by beating Kell, 55-10. The Tucker Tigers downed last year’s AAAAA Champions the Gainesville Red Elephants 20-14 to punch their ticket to the finals. Both of these teams are loaded with talent and speed and this game played inside the Dome away from the weather elements should be played in high gear from start to finish.

If Friday’s three games aren’t enough to jump start one of the best championship weekends ever, then Saturday’s games promise to be memorable. At 11:30 AM it’s Charlton County and newcomer Marion County kicking things off in a battle for the Class A Public championship. At 2:30, Lamar County plays Lovett for the AA title; then at 5:30 once-beaten Carrollton 13-1 takes on undefeated Griffin 14-0. The Saturday night finale has North Gwinnett playing region foe, defending AAAAAA champion Norcross, in a region 7-AAAAAA rematch won by North Gwinnett, 36-17 on September 13th.