And Then There Were Four... 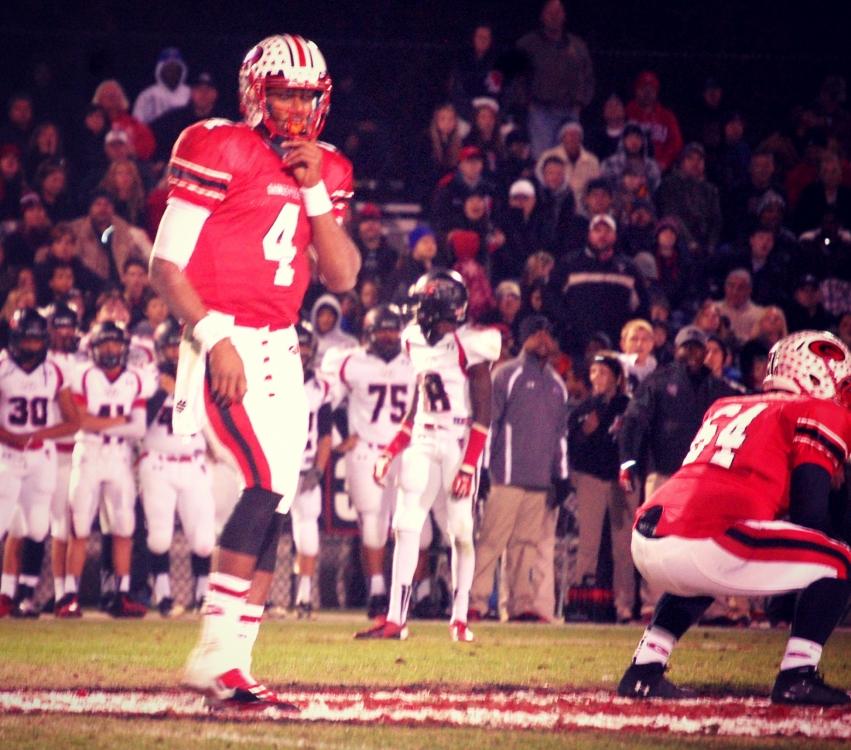 Then there were four!

That is, four teams remaining in the chase for a state championship in each of the seven GHSA football divisions. This means that in reality, there are twenty-eight teams in pursuit of a state title this week. At this point in the 2013 season, we have now arrived at the semi-finals, the final four, or the semis, as some would say. The Georgia Dome is now finally in full view for all of the remaining teams who are still playing.

This week’s games are totally different from any other games which have been played by these outstanding teams up to this point in the season. Most teams are back at full strength, though a few of them have lost key players to season-ending injuries. This week, for all twenty-eight teams, other than those players who are unable to play due to a season-ending injury, it’s all hands on deck. Bumps and bruises will have plenty of time to heal in a couple of weeks.

In each of the Class A public and private classifications and Class AA through Class AAAAAA, there are outstanding matchups this week. The key word here being 'matchup.' At this point, it is not how well a team has played up to this point, but how well their team matches up with this week's opponent.

Heading into this the fourth week of the playoffs, most teams have settled into a playoff routine, so playing at home or on the road is not a game deciding factor. Every team would prefer to play at home, but with the crowds increasing at the games each week, there is very little if any home-field advantage this week.

Class AAAAAA’s defending champion Norcross will stay at home to host Colquitt County, a team which has played so many road playoff games over the past few years, the Packers might be more uncomfortable at home than on the road yet again. North Gwinnett is at McEachern in the other semi-final game.

In Class AAAAA, defending champion Gainesville lost the coin toss last Saturday and now has to travel to play at Tucker, a team that ended the regular season at number one in that classification's statewide rankings. It’ll be interesting to see how the Red Elephants respond to being the underdog team in this game. The other AAAAA game features two undefeated teams, the 13-0 Kell Longhorns and the 13-0 Creekside Seminoles.

Class AAAA’s semi-final matchups find the Wayne County Yellow Jackets playing at Griffin, and Carrollton at Marist. Wayne County and Griffin are both explosive on offense and there should be many points scored in this game. In the other AAAA game, Carrollton and Marist are similar teams who love to run the ball and play hard-nosed defense.

In Class AAA, undefeated, defending champion Buford is at home, hosting 12-1 Callaway. This is a team which has quietly made it to the semi-final round by being very workman-like. Other than one stumble early in the year, which caused a 31-12 loss to Harris County from Class AAAAA, the Cavaliers have been an offensive machine. Buford, on the other hand, is considered by many to be the best team in the state, regardless of classification. The other game in AAA has 11-2 Ringold visiting the 12-0 Washington County Golden Hawks.

Class AA has two great games as well. Benedictine Military of Savannah, 13-0 on the season, will travel to Barnesville to play also unbeaten Lamar County. Talent-laden, one-loss Brooks County plays at 12-1 Lovett in the other AA semi-final.

Class A Private finds 10-2 Calvary Day of Savannah at defending champion Eagles Landing Christian, 12-0 on the season, in McDonough. Undefeated Aquinas of Augusta is on the road at also-unbeaten Mt. Pisgah.

In Class A Public matches, it’s 9-3 Charlton County at Irwin County, which has a season record of 11-1-1. This will be a Region 2-A rematch. In the other Region 4A game, 9-3 Hawkinsville travels to once-beaten Marion County for yet another region rematch.

Next week, the journey to a state championship will end at the Georgia Dome. There will only be fourteen invitations to the festive occasion.