The Field Is Set 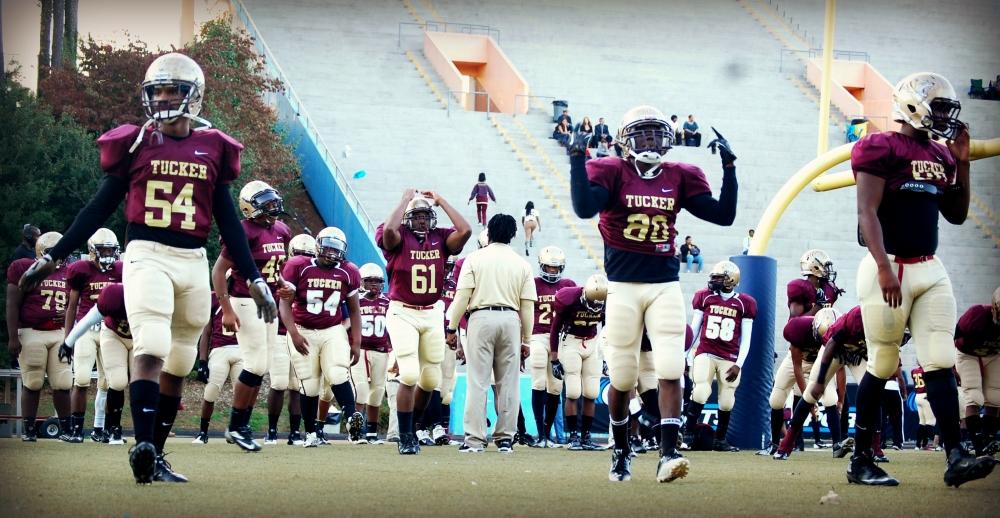 The second season is here! The GHSA football playoffs begin in earnest this weekend and due to some slips, stumbles and falls by some of the highly-rated prep teams in each classification, Class AA through Class AAAAAA, there will be some very good football teams packing up their uniforms after the first week of the playoffs.

Class A’s public and private school rankings have now been finalized as well, so the state’s smallest classification can begin the process of pairing their team’s brackets. Class A begins play next week with the same goal as classes AA through AAAAAA. That goal is winning a state championship. With the split into two divisions at the end of the regular season, public and private with sixteen teams in each division, it only takes four weeks of play to crown a champion in each Class A division.

In Class AA, the top eight seeds are Lamar County, Heard County, Benedictine Military and perennial power Calhoun on one side of the bracket and Laney of Augusta, Lovett of Atlanta, Brooks County and Washington-Wilkes on the other side. Those eight teams won their respective region titles and the good news for them is that this week, they will meet a fourth-place team from another region as their reward for capturing the regular season championship. The bad news is that the fourth-seeded team from another region is not always what the term implies. Some very good football teams are entering the playoffs as second, third and fourth seeds due to unforeseen circumstances during the regular season such as: injuries to key players, unusual tie-breakers imposed by the various regions, and several teams suffering upset losses that were not expected.

Beginning this week, all of that changes as every team which qualified for the playoffs starts a new season. The games over the next five weeks are settled on the field and there are only two things that can happen: you win and continue to play, or you lose and begin to look forward to next football season.

Class AAA’s top seeds are: Callaway, Cartersville, Carver of Columbus and Buford on one side of the playoff bracket and Washington County, Blessed Trinity, Appling County and Elbert County on the other side.

In Class AAAA, the regular season top finishers were: Griffin, Sandy Creek, Veteran’s and Dalton on one side of the playoff bracket and Burke County, Marist, Westover of Albany and Monroe Area on the other side.

AAAAA’s top seeds are: Creekside, North Paulding, Warner Robins, and Kell. On the other side of the brackets from those four teams, one will find Ware County, Tucker, Lee County and defending AAAAA champion Gainesville.

In the state’s highest classification, Class AAAAAA, the loftiest positions belong to: North Cobb, Lassiter, Lovejoy, and Norcross on one side of the brackets and on the other side, it’s Langston Hughes, Alpharetta, Camden County, and Archer of Lawrenceville.

Now that the playoffs are here and each of the eight regions across the state is represented by four teams, it will be interesting to see how many teams from each of those regions will advance to the second round of the playoffs. Be assured of one thing, there will be upsets in the first round of games in each classification. Many of the second, third and fourth seeded teams not mentioned here are just as capable of winning a state championship in their division as the top seeds. Let the games begin!