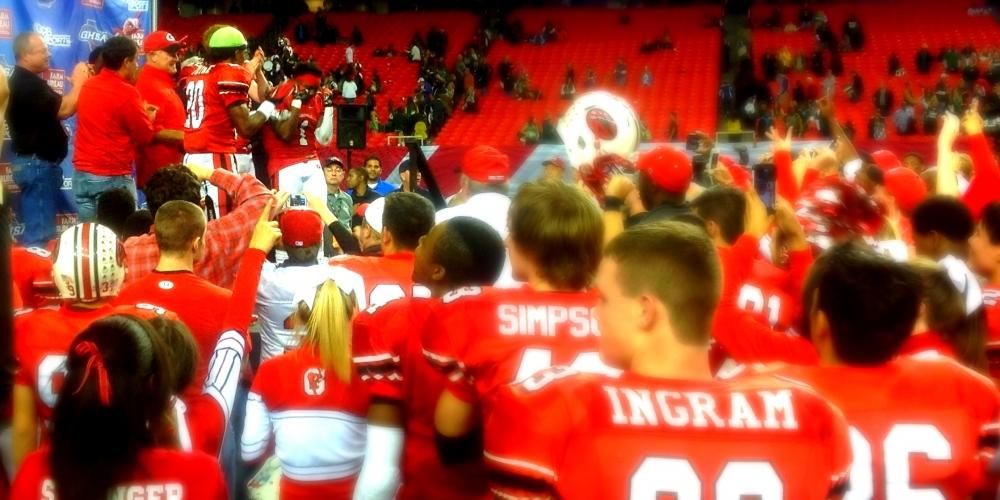 This week signals the end of the regular season football schedule for many prep teams across the state. However, just ahead, it’s the toughest part of the high school football season. The exhilarating, yet sometimes heart-breaking, second season is on the horizon. This weekend, there will be play-in games, region championship games, and with any good fortune for a few teams, there might just be a mini-game matchup or two across the state on Monday night to decide which teams will represent their region in the second season.

After Friday night’s brackets are set, it’s a five week sprint to the championship games in the Georgia Dome for Classes AA through AAAAAA. Class A public and private receives a first round bye into the statewide playoffs before they begin play on November 22nd. The final power rankings will decide which Class A public and private school teams make the field of sixteen teams in each division. The final Class A rankings will be released on Wednesday November 13th.

As with any football season, the 2013 edition has produced some stunning developments. Early in the season, Norcross, the defending AAAAAA champions, fell to Booker T. Washington High School from Miami, Florida, 55-0. Then, later in the season, lost to region foe North Gwinnett. To think that this talented team with over 60 seniors on their roster would lose two games in one season was unthinkable and in recent weeks, the Blue Devils have righted their ship. They are now in a position to defend their AAAAAA title in the upcoming second season.

Another surprise this season was the way in which Class AAA Buford handled the defending Class AAAAA champs, the Gainesville Red Elephants, 38-14. Gainesville quickly put that loss behind them and will meet Flowery branch for the Region 8-AAAAA championship this Friday night. Regardless of the outcome of this week’s region championship showdown, it would not surprise me to see the Red Elephants in the Georgia Dome the second weekend in December to defend their 2012 AAAAA title.

Defending AAAA state champion Sandy Creek has rolled to an impressive 8-0-1 record in 2013 and last week dispatched second-ranked Carrollton 24-7 in Carrollton. That impressive win on the road reminded all others in class AAAA that the title will be hard to wrestle from the Fighting Patriots this season.

There are several challengers from all areas of the state that are hoping to get a shot at the title in December. Monroe Area, Burke County, Cedartown, Wayne County, Statesboro and the aforementioned Carrollton are all looking forward to the second season where anything can happen.

Buford is the class of Class AAA. The Wolves have steamrolled most opponents this season and up until this point in the season, have not been tested. There are a few teams in Class AAA which would love to meet Buford in this next group of games. Washington County, Cartersville, Carver-Columbus, and Woodward Academy along with Pierce County and Appling County are all playing well down the home stretch of the regular season.