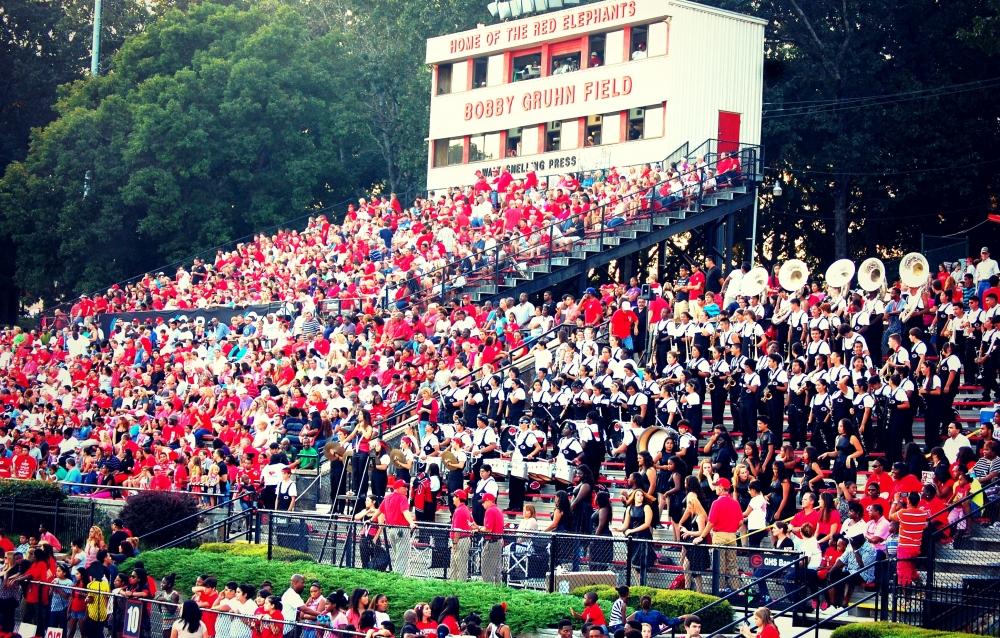 It seems like just a few days ago we were anticipating the start of the prep football season but in reality, that was several weeks ago. Now, in less than thirty days, the state GHSA football playoffs get underway. The begin dates for the 2013 prep football playoffs this year are: November 15th and 16th for AA through AAAAAA and for Class A Public and Private schools, the dates are November 22nd and 23rd. This season has flown by, with just a few weeks left in the regular season. Region and sub-region wins are at a premium for all teams, as each classification looks toward the Georgia Dome finals on December 13th and 14th. The first step in the process is to qualify as one of the four teams from each of the eight regions stretching all across the state.

There have been many surprise teams to rise to the occasion in each classification during this 2013 season and when the statewide playoffs begin, don’t be shocked to see some new contenders among the playoff regulars. In region 1-AAAAAA, Tift County, Coffee and Brunswick have surprised the rest of the region. With four weeks to go in the regular season, anything can and will happen down the stretch. In other words, don’t fill out your playoff brackets just yet.

In the northern portion of the state in class AAAAAA, the biggest surprise has been North Gwinnett. They are sitting atop every poll in the state after an early season win over defending champion Norcross. The Bulldogs had been almost invincible this year until last week and narrowly escaped Mill Creek, 50-47. North Gwinnett will be in the championship mix right up to the end of the season. They are well-coached and talent-laden. I don’t think they will take any team on their schedule for granted after last week’s scare in a key game in region 7-AAAAAA.

In Class AAAAA, there are a few surprises, but with defending champion Gainesville back on track after an early season loss to AAA power Buford, the playoffs should have some semblance of normal. The traditional powers expected to make the second season are: Ware County, Thomas County Central, Northside-Warner Robins, Warner Robins, Stephenson and Tucker. The dark horses expected to challenge for the title include: Kell, Creekside and Richmond Hill.

Class AAAA is loaded with potential state champions, but defending title holder Sandy Creek is still in the driver’s seat to win yet another trophy at the Georgia Dome. Carrollton is right behind the Fighting Patriots in the polls at number two, and that matter will be settled on November 1st in Carrollton when the two top-ranked squads battle for the region championship. Griffin, Monroe Area and Mary Persons all could challenge for the title and if Statesboro, Wayne County and Burke County can make it out of their tough region 3-AAAA schedule which includes once-beaten Liberty County, they all could make a deep run in this year’s statewide playoffs. Unbeaten Cedartown, 7-0 on the season, is a powerful offensive machine that could wind up in the Dome in mid-December.

In Class AAA, Buford continues to roll merrily along, waiting to get into the second season where they have flourished in years past. However, there are a few teams that might challenge the Wolves this year. Cartersville, Washington County and North Hall are unbeaten heading into this week’s action. St. Pius is loaded, as is North Oconee and Carver-Columbus. The surprise team in AAA this year is Hart County, in the top ten and unbeaten at 6-0 on the season.

Next week a look at Class AA and Class A. It’s mid-October and the region races are heating up!