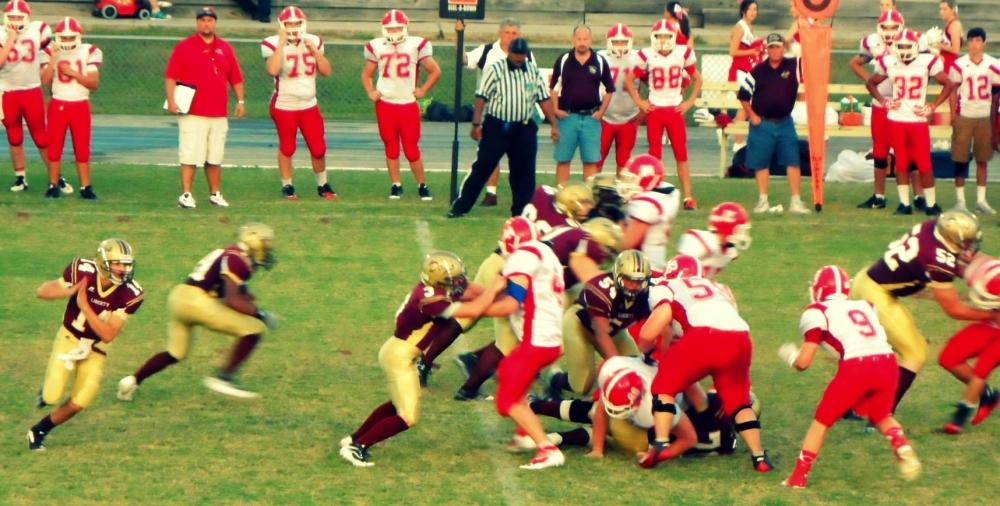 There are some intriguing high school football matchups this week in Southeast Georgia and along the coast. Burke County, who suffered a 32-14 loss to a tough Coffee team out of Region 1-AAAAAA, must rebound in a hurry as they travel to undefeated Statesboro for a Region 3-AAAA matchup with the Blue Devils at Womack Field. Statesboro is coming off of a 28-0 win over Tattnall County to push their record to 3-0.

Burke County has dominated 3-AAAA for the past couple of years, with their high-powered offense, but Wayne County, Liberty County, and Statesboro are all capable of claiming that crown this year. It is early in the season, but there is no doubt that these four teams are looking to make some statewide noise come playoff time. Wayne County can light up the scoreboard with ease; Statesboro has added new wrinkles to its power wishbone offense, and Liberty County has a talented defense and is improving weekly on the offensive side of the ball.

On the coast, in Region 2-AA this week, undefeated Benedictine, 3-0, hosts unbeaten Vidalia, 3-0, in Savannah at Savannah State Stadium in a key region matchup. The Cadets have rolled to three easy wins, and the Indians have done likewise. Both teams feature high-powered offenses and stingy defenses. It’s early in the year, but the winner of this game will have the inside track to a region championship. Danny Britt has rebuilt the Benedictine football program in a very short time, while Lee Chomskis has Vidalia clicking on all cylinders. Friday’s game should be a classic match.

Defending Class A Public School champions, the ECI Bulldogs, host the improving Claxton Tigers. Claxton took a week off after opening the season with a 9-6 overtime loss to AAA Tattnall County and then beating Region 3-A foe Treutlen County, 28-7. ECI, is 1-2 on the season, after losing to class AA Metter, and AAA Washington County to open the season, but got into the win column by topping Region foe, Jenkins County 55-0 last Friday night. Neither team is listed in any of the state’s top ten polls, but both teams are solid in the weekly power rankings, which will determine the class A public school playoff teams. Claxton is ranked at number 7 after narrowly missing the sixteen team playoff field a year ago.

Region races are beginning to heat up with key games in all classifications. It should be an interesting week of high school football in Southeast Georgia and on the coast!