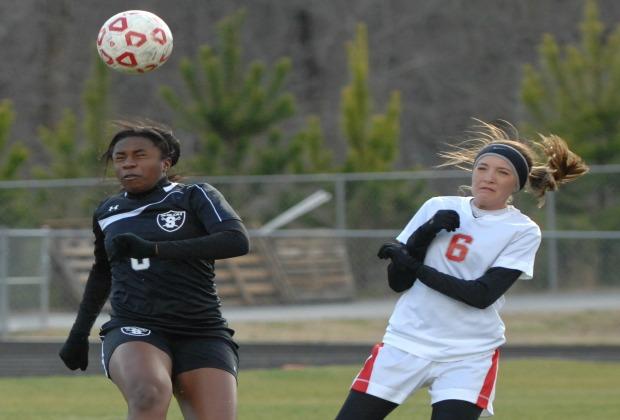 No. 1 Lassiter embarrassed Woodstock boys soccer 8-0 to improve to 13-0 on the season. It is the Trojans’ third straight shutout. … No. 5 East Coweta beat Northgate 2-0 for its fifth straight clean sheet. The Indians are now 11-0 on the season. … No. 4 Lambert ended a two-game losing skid with a convincing 4-1 win over traditional-power Walton. The Longhorns had started the season 10-0 before dropping two straight. Lambert is now 11-2 on the season. … Walton got back on the winning track Friday with a 3-0 shutout over Pope. The Raiders have won four of five and now stand 9-4 on the season after facing one of the state’s toughest schedules. … No. 8 Harrison edged Marietta 2-1 Friday for the Hoyas’ seventh straight win. Harrison has scored two or more goals in each game of the streak. … Class AAAAA No. 2 Glynn Academy downed Ware County 4-0 Friday to improve to 12-0. The game marked just the second time this season the Red Terrors have failed to score five or more goals. … Class AAAAA No. 6 Greenbrier ended a two-game losing streak with a 2-0 win over Aquinas. The Wolfpack had won one game out of their previous five entering the affair with Aquinas. It is the team’s first win since 18 players were suspended two weeks ago. … Class AAAA No. 4 Dalton beat No. 4 Northwest Whitfield 3-1 Thursday as the Catamounts improved to 12-0. The goal scored by Northwest is just the fourth given up all season by Dalton. Northwest fell to 9-2. … Class AAA No. 3 Blessed Trinity picked up an impressive 3-0 win over No. 2 Dawson County to state its case as the top team in Class AAA. The Titans are now 9-1-1 with both losses coming to Class AAAAAA foes. The Titans’ next game is fittingly against the classification’s top-ranked squad, St. Pius X, on April 10. The loss was Dawson County’s first this season. Dawson had given up just one goal all year prior to the BT game. … In girls soccer, No. 5 Lassiter beat Woodstock 4-0 for the Trojans’ eighth straight win and fifth straight shutout. … North Gwinnett exploded for a 5-3 upset win over No. 1 Collins Hill that snapped the Eagles’ six-game winning streak. North Gwinnett is now 5-5 on the season while Collins Hill fell to 10-2-1. … No. 3 Grayson lost to No 10 Brookwood 2-1 Friday, snapping the Rams’ three-game winning streak. Brookwood improved to 11-3 and has won three straight.

Class AA No. 4 Wesleyan swept No. 8 Greater Atlanta Christian last week, culminating with a 5-4 win Saturday. The Wolves also beat GAC Tuesday and Thursday. … No. 3 Westminster sent shockwaves through the baseball community after a three-game sweep of No. 1 Lovett last week. The Wildcats won games Tuesday, Thursday and Saturday by a total of four runs. Lovett faces Wesleyan this week in a three-game series starting Tuesday. … Class AAA No. 10 Appling County rebounded from an upset loss to Brantley County by shutting out No. 4 Tattnall County 4-0 Friday. Appling had lost two of three coming in. … Also Friday, McEachern beat Hillgrove 8-5 in 10 innings. It was the seventh straight win by McEachern and the second straight victory in extra innings. … Class AAAAA No. 10 Pope stifled No. 6 Riverwood 4-1 Friday. It was the fifth straight win by Pope, which is now 10-5 for the year. … Class AAAAAA No. 7 Johns Creek outlasted Alpharetta 4-3 in 11 innings Friday. It is the Gladiators’ fifth straight win. …

In boys tennis, Kennesaw Mountain went 3-0 in the Golden Isles Invitational at Jekyll Island over the weekend to win the event. The Mustangs beat Pierce County, Lowndes and host Glynn Academy in the event. … In boys golf, Etowah won the Kell Golf Classic at Eaglewatch with a 300. Harrison took second after shooting 314.