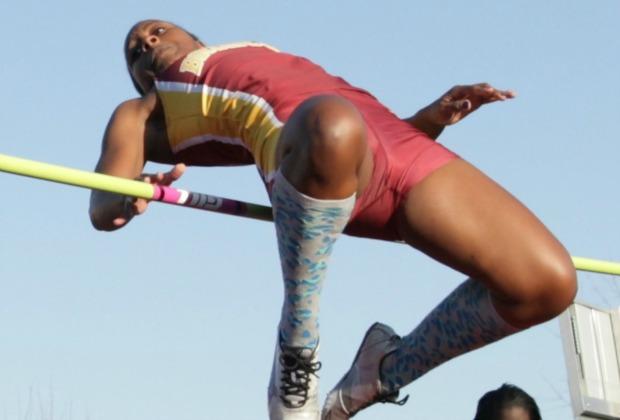 The Brookwood Broncos swept the Gwinnett County track and field championships last week as both teams edged out Mill Creek for the overall titles. The Brookwood boys picked up big individual wins from Jay Lawson in the 110-meter hurdles, Bailey Vitatoe in the high jump and Jared Munday in the shot put to pull past host Mill Creek 100-95.5. Junior Grant Swinton captured the 200- and 400-meter dashes for Shiloh to help the Generals finish in third place. For the girls, QuanDra Shanks won the 800-meter run while Simone Glenn won the 100-meter dash to help Brookwood slide past Mill Creek 96.50-90.50. Sophomore Bola Hambolu was impressive for Collins Hill, winning the long jump and the triple jump. Archer took the 4×100-meter relay and the 4×400-meter relay. Norcross’ Katherine Yost capped her final Gwinnett County championship with wins in the 1600- and 3200-meter runs. … In other county meet action, Chapel Hill swept the boys and girls fields at the Douglas County track and field championships. Alexander finished second in both. Gainesville left West Hall with a pair of titles at the Hall County track and field championships. The Gainesville girls beat out Flowery Branch 127-124 while the boys blasted past North Hall 188-103.5. … Woodstock swept the Cherokee County championships as the girls beat out Etowah and the boys edged out Cherokee. The Wolverines had five individual champions in boys’ competition and seven titles on the girls’ side. The Cobb County and DeKalb County championships wrap up Monday. … Parkview High School hosted the Big Orange Relays Saturday and several members from the host school put on incredible performances. Parkview captured the 4×200 relay and the 4×800 relay. Jordan Hargrave, Darielle Oliver, Jessica Moody and Tatiana Wayne would then go on to help Parkview finish first in the 800 sprint medley while Kelsey Forbes, Sidney Genrich, Katie Kenski and Nyla Lawson would lead the Panthers to a win in the 1600 sprint medley. Parkview would also earn a victory in the 4×100 shuttle hurdle. The Panthers claimed additional victories in the shot put relay and the triple jump relay.