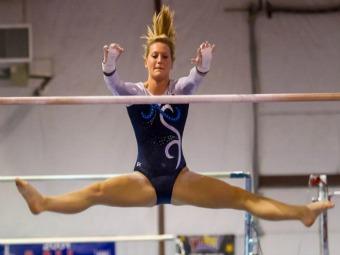 Roberts is one of seven seniors on Jodi Roberts' squad this season.
"These seniors have been to state for the past three years and they are hungry to win it in their last year in school," said Roberts. "These seniors made it to state their freshman year but came in fourth. Then they won it the past two years. They are really humble about winning, just excited to be representing our school and what it means to win a state championship."

In other gymnastics action, Lambert finished second in a recent meet featuring West Forsyth, Central Forsyth and South Forsyth. Forsyth Central took the event at Dobbs Creek Recreational Center with a team score of 102.3 to Lambert's 99.9.

This week, Buford will head to Lassiter to take part in the House of Troy Invitational. Cambridge will also take part in Lassiter's event, which will be held at the North Metro Gymnastics Center. Tonight, Arabia Mountain hosts Lakeside-DeKalb, ML King, Cedar Grove, Redan and McNair while Dunwoody hosts Lithonia, Tucker and Southwest DeKalb.