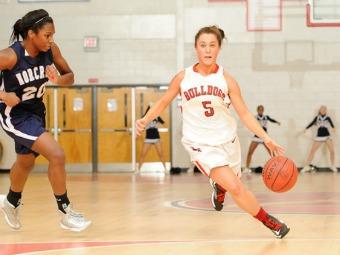 As the 2012-13 season winds down and one of the greatest senior classes in Georgia high school hoops history prepares to move on to the college game, it is time to start looking at the next crop of great hoops players in Georgia. Many of the juniors on this list played big roles for their teams this year, with some helping their teams reach this weekend in Macon. High school basketball always sees a lot of movement with players switching schools each year, but for now, here are 24 juniors to keep an eye on for next year who could just make the first Score 44 list next November. I will try to balance college potential with current and projected high school production. Just as with the Score 44, I will split the list in half. In this case, that means 12 boys and 12 girls. Next November, the 44 will once again be broken into 22 girls and 22 boys. The players are not ranked, instead listed in alphabetical order.