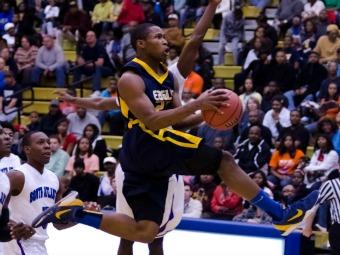 Junior Kyle Castlin led Hillgrove to what some were calling an upset of perennial-power Wheeler Saturday at Georgia Tech. Castlin scored 20 to help the Hawks clinch their first-ever trip to the finals. A 15-2 run that ended early in the fourth gave Hillgrove a lead it would not relinquish. Jordan Sexton scored 17 off the bench for coach Ed Morris’ squad. … Facing Hillgrove in the Class AAAAAA finals will be Norcross, which clinched its sixth finals berth in nine years (according to the Georgia High School Basketball Project) with a narrow win over North Cobb. Brandon Goodwin scored 22 points and made eight of 10 free throws down the stretch to help the Blue Devils clinch the hard-fought victory. … Miller Grove made quick work of Northside-Columbus in leading 30-15 at the half and then dominating the second half as well. Keith Pinckney had 20 points and seven rebounds while James Walker had 10 points and 10 rebounds for the Wolverines. … Gainesville will oppose Miller Grove in the AAAAA finals and will attempt to prevent the Wolverines from winning their fifth straight state title. Diminutive guard Keyontra Harrison, standing all of 5-foot-4, drove the lane and scored with 2.3 seconds left to give the Red Elephants the win over Effingham County. Gainesville last won a state championship in 1984. … In Class AAAA, Columbia returns to the finals looking for its sixth state title in eight seasons and fourth in a row after dominating Statesboro at Fort Valley State in the semifinals. Coach Kerry Sandifer’s squad got 32 points from senior point guard Tahj Shamsid-Deen, an Auburn signee. The Eagles dispatched Statesboro early, and led 39-23 at the half. … After back-to-back defeats in the semifinals, Eagle’s Landing is in the finals after beating South Atlanta. The Golden Eagles outscored their competition 28-8 in the final quarter to break open a close game. Trevin Joseph had 30 for coach Clay Crump’s squad. … In Savannah, both both hometown teams won and will meet in the finals as Johnson and Savannah will butt heads for the fourth time this season. In three previous meetings, all held at Savannah State, the Blue Jackets of Savannah took two of three games. LSU commitment Tim Quarterman and the Atom Smashers plan on evening things up in the Class AAA finals. … A three-pointer from Jordan’s Chris Glenn rimmed out and Bleckley County advanced to the Class AA final after a dramatic 64-62 win in Milledgeville. Mario Belk scored 33 for Bleckley County, which makes its first finals appearance in program history. … The Royals will face GAC in Macon, which won state titles in 2010 and 2011. Coach Eddie Martin’s Spartans outlasted defending champ Laney in the semis as junior forward Isaiah Wilkins had 16 points and 14 boards and senior point guard Collin Swinton scored 14. … Wilcox County will take on Wilkinson County in the Class A-Public finals after both rolled to convincing semifinals victories. Wilcox used an 18-2 third-quarter run to put away Portal while Wilkinson pulled away in the final five minutes. Wilcox got points from 10 players. … In the Class A-private semis, St. Francis held off Ahmed Hill and Aquinas in Kennesaw as Malik Beasley had 20. Hill led all scorers with 28. … Greenforest Christian will face St. Francis in the finals after hanging on to beat Athens Christian Friday at KSU. Senior center Tosin Mehinti nearly had a triple-double with 12 points, 17 rebounds and nine blocks for Greenforest.

END_OF_DOCUMENT_TOKEN_TO_BE_REPLACED 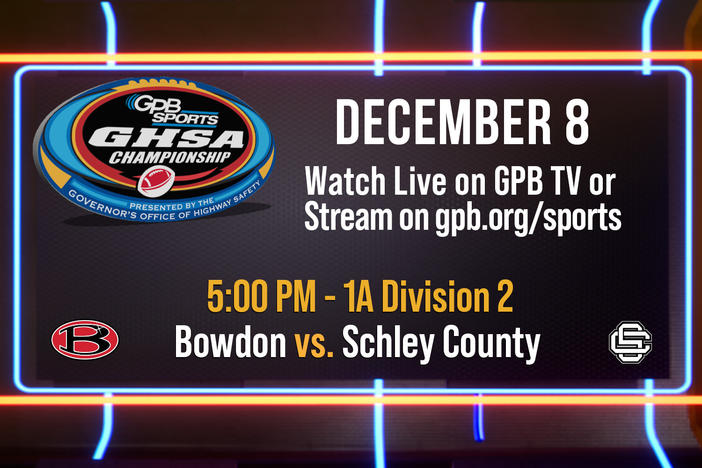 Bowdon seeks its second state championship when it meets Schley County, which is looking for its first title.