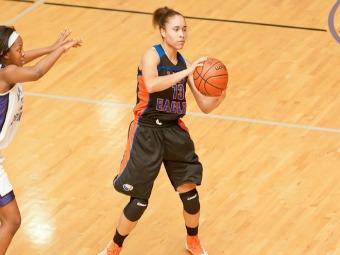 The Score 44 is a fluid list that aims to honor the best 44 seniors in Georgia high school basketball on a week-to-week basis. These players are some of the most highly-recruited players in the state as well as some of the best players that may not get to play at the next level. The list will weigh high school performances but also project how they will do at the next level. Unlike the football list, however, the basketball list is divided into boys and girls. Each week we will honor 22 boys and 22 girls, all seniors.

In the latest Score 44 hoops edition, DeKalb County steps up into the spotlight as Columbia’s Miah Spencer and Chamblee’s Jade McClendon have been added to the list. Spencer is leading all of DeKalb County in points per game, steals per game and free throw percentage. She is also shooting at 60 percent from the field and 44 percent from 3-point range. Meanwhile, McClendon is averaging 16.3 points for Chamblee while leading DeKalb County in rebounds per game. He is second in blocks per contest and has 10 double-doubles. Arabia Mountain’s Bakari Copeland leads the county in points per game with Columbia’s Tahj Shamsid-Deen and Tucker’s Devonte Fitzgerald right behind him.