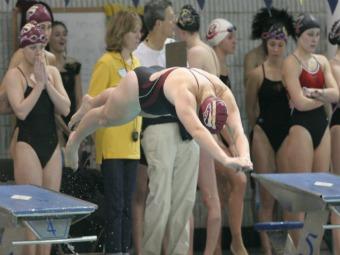 Parkview stayed atop the Class AAAAAA boys poll after dominating at the 2013 Gwinnett County swimming championships. New No. 8 Collins Hill finished second, just beating out No. 5 North Gwinnett. No. 9 Brookwood finished fourth. Dacula slipped from the rankings after finishing ninth. The win for Parkview was the program’s 19th in the last 22 county meets.

In the AAAAAA girls poll, Walton moved into the top spot after ending Lassiter’s reign at the Cobb County championships. No. 3 Lassiter finished second to move past Kennesaw Mountain, who finished third at the Cobb County meet despite missing one of the team’s best swimmers. Brookwood fell to No. 2 after finishing behind No. 5 Mill Creek at the Gwinnett County championships.