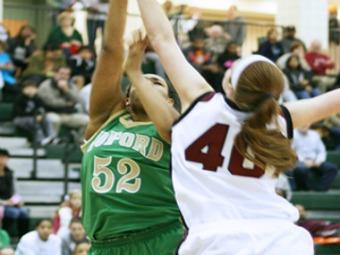 The Score 44 is a fluid list that aims to honor the best 44 seniors in Georgia high school basketball on a week-to-week basis. These players are some of the most highly-recruited players in the state as well as some of the best players that may not get to play at the next level. The list will weigh high school performances but also look project how they will do at the next level. Unlike the football list, however, the basketball list is divided into boys and girls. Each week we will honor 22 boys and 22 girls, all seniors.

Dutchtown’s Dominique Clune scored her 1000th career point Tuesday, becoming just the third player in Dutchtown history to reach the milestone. Clune has been on fire this season and tallied 25 points and 14 rebounds in the team’s win over Stockbridge as Dutchtown attempts to return to the postseason. She was joined on the girls list this week by Kristina Nelson of Buford. New additions to the boys list includes Frank Booker of Westside-Augusta and LaMarcus White of Carver-Columbus.