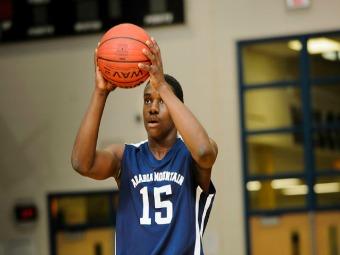 The Score 44 is a fluid list that aims to honor the best 44 seniors in Georgia high school basketball on a week-to-week basis. These players are some of the most highly-recruited players in the state as well as some of the best players that may not get to play at the next level. The list will weigh high school performances but also look project how they will do at the next level. Unlike the football list, however, the basketball list is divided into boys and girls. Each week we will honor 22 boys and 22 girls, all seniors.

Chattahoochee’s Markus Terry, a Presbyterian signee, is the newest name added to the boys list after Terry has continued to shine on the court this season. Terry has averaged more than 24 points per game for the Cougars, who are 12-5. Terry scored 12 points recently in the Cougars’ 61-50 over South Gwinnett. Bakari Copeland of Arabia Mountain has averaged 23.6 points per game in his team’s first 17 games. The University of South Carolina-Upstate signee is also averaging more than three rebounds per game. Marissa Mandeldove is the latest addition to the girls list after going for 13 in a win over Berkmar and a new career-high 24 points in a win over Brookwood. Parkview is undefeated and nationally ranked thanks in part to Mandeldove.