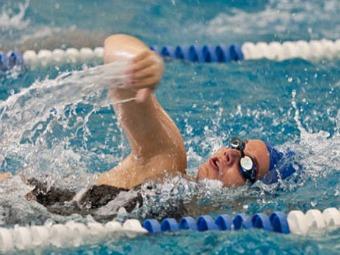 Lassiter won the 11th Annual Indian Invite at the Mountain View Aquatic Center by taking both the boys and girls meets. While the No. 4 Trojan girls scored 220 points to second-place Kell’s 93, the second-ranked boys scraped by runner-up Wheeler 151-149. For the victorious Trojans, Jimmy Yoder won the 50 free and the 500 free while Lauren O’Malley won the 100 breaststroke and the 50 free. Also for Lassiter, freshman Lexie Glunn took the girls 200 IM, was part of the first-place 200-free and 200-medley relay teams and was runner-up in the 100 breaststroke. Hillgrove, Campbell, Marietta, McEachern and Mount Paran also compete at the meet.

Brookwood swam in two meets recently, with the girls winning both and the boys dropping both. On Jan. 5, the girls beat Mill Creek 169.5-144.5 while the boys fell 167.5-131.5. Chris Powell of Mill Creek won the 50 free and 100 free while Cameron Sachse and sister Lexi won the boys and girls diving events, respectively. Will Jordan won the 200 IM and 100 fly for Mill Creek. On Saturday, the Broncos girls again won, this time outpointing North Gwinnett 172-135 while the Brookwood boys team lost 150.5-143.5. Brookwood’s Rachel Muller won the 200 free and 500 free and freshman Erin Scott won the girls 100 free.

The Class A-AAAAA No. 1 Westminster girls traveled to Chattanooga Friday and defeated the host Girls Preparatory School (Tenn.) 176-133. The No. 8 Wildcats boys team made the same trip, but lost to host McCallie (Tenn.) 178.5-135.5.

The No. 2 Woodward Academy girls edged No. 3 Marist on Thursday 158-156, but the top-ranked Marist boys evened the score with a 200-99 win over their seventh-ranked adversaries. Woodward’s Caitlin Cooper set a school record in winning the 100 butterfly with a time of 59.56. Cooper also took the 100 backstroke. Kathleen Cook won the 200 IM and the 500 free for Woodward, while Will Herbert of Marist captured the 200 IM and 500 free and freshman Christian Lorys, also of Marist, won the 100 butterfly and 100 backstroke. On Saturday, the Woodward girls won the Panther/Wolfpack Invitational in Augusta while the War Eagles boys came in second.

Landmark Christian earned its highest finish in a meet in 10 years by finishing second at the Douglas County Winter Swimming Invitational Friday.