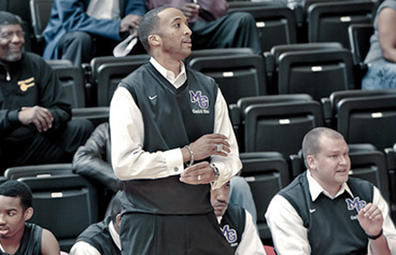 Tonight at Miller Grove, the host Wolverines and Columbia will take the floor in what could be a state-first: a regular-season matchup between two programs' boys and girls squads, all of which are coming off state championships. While Miller Grove won state titles in 4A last season, Columbia swept the state titles in 3A.

"It's going to be a treat for everybody along with our guys. It's history. You're talking about four state champions in one building, and it's all DeKalb," said Miller Grove coach Sharman White. "It's going to be like a championship fight"

Both boys programs have dominated state basketball in recent years, with White's Wolverines taking four straight 4A titles before moving to 5A this season and Columbia earning three straight in 3A. To make this rivalry even more interesting, is that Columbia is the last 4A team besides Miller Grove to have won a state title (2008).

The recent success of the two programs makes tonight's event, if you will, a showcase of DeKalb hoops

"It tells it like it is," said White of the meeting of the four state champions. "The proof is in the pudding. We have some great basketball here in DeKalb and we couldn't be more proud of the community who make this possible. It's a great thing for DeKalb."

Despite a long-running local rivalry, Columbia and Miller Grove did not play last year. White made sure that didn't happen again this season.

"We actually scheduled this game last year prior to the state championships," he explained. "We were in the same region for many years. Even when we weren't in the same region, we played. Last year, we had such a heavy national schedule and we didn't have room on our schedule. So we wanted to renew the rivalry this year."

Columbia, however, brings solid guard play to the table as well.

"Their guard play is real, real good. and the shoot the ball real good," said White. "On the edges, we've really got to do on our job out on the perimeter. They're like a mirror image of us."

Their trophy cases are a mirror image of each other as well.