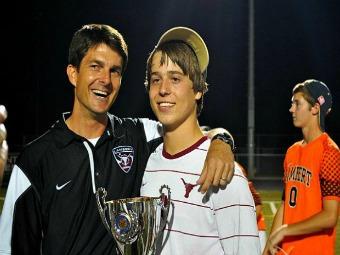 Teegan van Gunst of Whitewater was named 2012-2013 Gatorade Georgia Volleyball Player of the Year after leading her team to a 53-3 record and the Class AAAAA state championship. Van Gunst, a Georgia Tech signee, sports a 4.17 GPA and made the Under Armor All-America second team.

Finally, Lambert boys soccer coach Chris Wilson was named the NSCAA/Adidas Region Coach of the Year following his team's 23-0 Class AAAA state championship run in 2011-2012. Wilson is now among seven finalists for the NSCAA/Adidas National Coach of the Year award, who will be named on Jan. 19. Wilson's state championship season was more impressive due to his team losing nine seniors from the previous season.