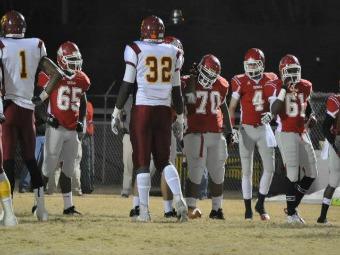 Xavier Tobler is headed to Statesboro next year to suit up for Georgia Southern, but first the Ware County running back-linebacker has some business to tend to in the Georgia Dome. Tobler scored three times last week to help Ware County knock off previous No. 1 Northside-Warner Robins to advance to the finals. Dontravious Wilson led Buford last week in rushing yards and is at the front of a rushing attack that is trying to help Jess Simpson’s program capture its fifth title in the last six seasons.