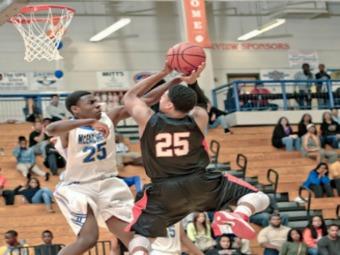 Eagle’s Landing has a host of talented players with Desmond Ringer, Eric Wortham, Jordan Session, Chris Davenport, Isaiah Dennis and Maurice Green, but it is the team’s newest member, Trevin Joseph, that is turning heads. After transferring to Eagle’s Landing, Joseph has stepped up his game with Ringer missing some time due to an injury. Joseph had 24 points against North Clayton and 13 points recently against Buford. Stafan Bradley has helped North Clayton improve to 4-2 after pouring in 25 points in the Eagles’ third straight victory. He also notched 26 against Eagle’s Landing. On the girls’ list, Dutchtown’s Dominique Clune went for 30 in the team’s recent win over Spalding after helping the Lady Bulldogs past Jonesboro last week. Lindsey Reed has also offered senior leadership to the Woodland-Henry squad during the team’s recent seven-game winning streak.