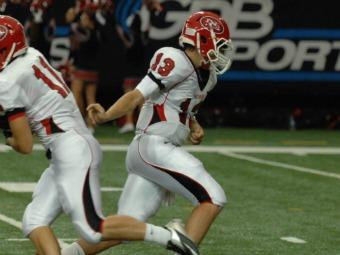 Jacorey Lewis is the very definition of what a member of the Score 44 should be. He may not be the most recruited player in the state at a prime position, but he has simply put up eye-popping numbers week after week that demand he be placed on the list. For the season, Lewis has carried the ball 251 times for 2,157 yards and 30 touchdowns. He has also stepped his game up in the postseason, rushing for 612 yards through the first two rounds of play and leading Mill Creek into Friday’s quarterfinal date with Parkview. Meanwhile, North Gwinnett QB Michael Haynes has played mistake-free football all season long (2,112 yards, 26 touchdowns) and led the Bulldogs to a huge win over Grayson Friday.