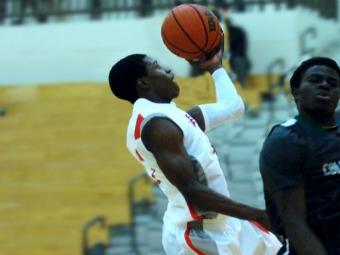 Archer's Randall Smith, a Jacksonville State signee dropped 24 points in a outing last night against South Gwinnett to follow up his 21 against St. Francis at the On the Radar Hoops Classic. He is also the first member of the Archer program to sign with a team at the next level. Meanwhile, Collins Hill's Darius Joell transferred to Collins Hill from Central Gwinnett and has been on fire from the backcourt. After being named a captain before the season started, Joell dropped 28 points in his first game with the Eagles and has tossed in double-digit points in most games since then. Saturday against Langston Hughes, Joell registered 18 points in a victory to push Collins Hill to 2-2. On the girls side, Kaliyah Mitchell has helped Stephenson jump out to a quick start by averaging 23.3 points per game. She is also posting 8.5 rebounds per game and 5.3 steals per contest.

* Gray, the 2012 Georgia Gatorade player of the year, is injured and will likely miss the season