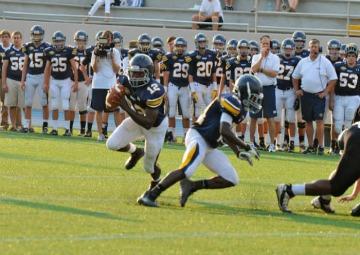 Two quarterbacks made the move into the Score 44 playoff edition after outstanding performances not just last week but all year long. Willis accounted for three scores in Marist’s win over Gilmer, and War Eagles’ head coach Alan Chadwick calls Willis probably the fastest player he has coached in 28 years with the program. Meanwhile, Segraves is back on the list after several weeks away thanks to his recent resurgence. Segraves tied the school record with 354 passing yards against McEachern in the first round one week after rushing for 164 and throwing for another 160 in a victory over Camden County.