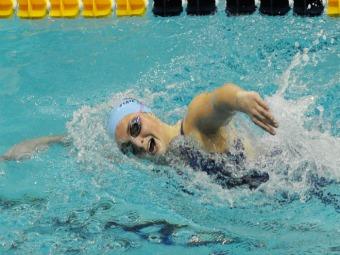 Lambert swept the Cherokee/Forsyth Relay Meet Saturday as the girls team scored 442 points and the boys totaled 450 in a meet that featured 10 squads from both counties. The Longhorns boys easily outdistanced Woodstock, which had 294 points, while the girls beat out Etowah, which had 380. Lambert won seven total relays, including four by the girls team. … Host Wesleyan defeated Dunwoody in a dual meet Friday. The No. 2 boys team beat the Wildcats 178 to 136 while the No. 8 girls won 180 to 133. The Wolves won all six relays. However, Tanner Elliot and Ryan Gaines of Dunwoody finished first and second, respectively, in the boys diving competition while Wesleyan’s Leah Davis and Maggie Dryden finished 1-2 in the girls diving event. Wesleyan senior Jake Cusick won the 50-yard freestyle and the 100-yard freestyle races. Fellow Wolves senior Drew Middleton won two races as well, taking home the 100-yard fly and the 200-yard freestyle races. For the Wesleyan girls, Rachel Koch won the 200-yard IM and the 100-yard fly. … Lassiter swimmer Jimmy Yoder, considered to be the top swimmer in Georgia’s class of 2013, committed to Stanford and will swim for the Cardinal next year. Yoder specializes in freestyle and butterfly.