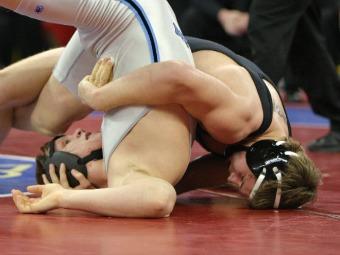 At the Super 32 in Greensboro, N.C., on Oct. 20 and 21, two Georgia wrestlers made national names for themselves. Collins Hill juniors Ryan Milhof and Sean Russell faced off in the finals of the 113-pound class out of the top high school wrestlers in the country. Milhof won the match, but both wrestlers gained national notoriety as a result of their appearance in the final of the prestigious event.

Also at the Super 32, Chip Ness of Buford finished fourth in the 182-pound division and Trevor Stevens of Pope came in fifth in the 220-pound division.

In other college commitment news, Tyler Askey of Northgate committed to Virginia. Askey is ranked No. 7 in the nation by InterMatWrestle.com.