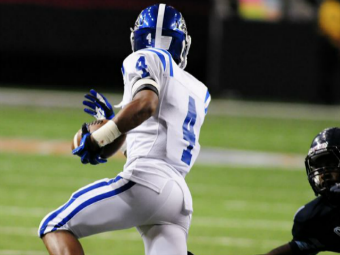 The Score 44 is a fluid list that aims to honor the best forty-four seniors in Georgia high school football on a week-to-week basis. These players are some of the most highly-recruited players in the state as well as some of the best players that may not get to play at the next level. A player can play his way onto the list with an outstanding performance, and if a player is injured, suspended or failing to live up to expectations, other players can take his spot on the list. Now that the playoffs have arrived, we have switched things up a bit and will be ranking just the 44 best seniors on playoff teams each and every Thursday. However, we are also offering this list of the top 44 seniors on teams that did not make the postseason. After the season, we will rank the players from each of the lists in the Score Final 50.